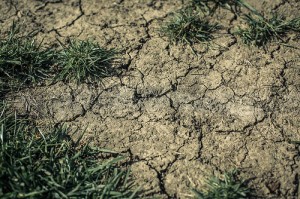 Reporters covering inequality know that one commodity the poor have very little of is time. Whether it’s a lack of transportation that means multiple bus rides to get to work, or rushing between two jobs with no time for cooking, there never seems to be enough time for life’s most basic tasks.

When it comes to health and inequality, I have heard countless stories about time (or lack thereof), from the inability to quickly get to a medical appointment to food “deserts” where access to fresh, healthy food is miles and hours away. But one thing I had not considered was the time it often can take to obtain something so elemental as water.

In its latest feature on the impact of California’s ongoing drought, The Washington Post examined not only the amount of time it takes for less well-off residents to scramble to find water, but also how quickly such scavenged water gets used up and the whole trying process must restart.

Reporter Eli Saslow, in “California drought makes quest for water a consuming grind,” offers a look from Porterville, Calif., and one family’s daily struggle to find enough water to shower, clean the house and drink. It’s a stressful picture.

He profiles Miguel Gamboa and his family as they ration water, which looks murky and unsafe, that they collected from a friend. The 275-gallon tank is only expected to last them a day or two.

“For a few days now, they had been without running water in the fifth year of a California drought that had finally come to them. First it had devastated the orchards where Gamboa and his wife had once picked grapes. Then it drained the rivers where they had fished and the shallow wells in rural migrant communities. All the while, Gamboa and his wife had donated a little of their hourly earnings to relief efforts in the San Joaquin Valley and offered to share their own water supply with friends who had run out, not imagining the worst consequences of a drought could reach them here, down the road from a Starbucks, in a remodeled house surrounded by gurgling birdbaths and towering oaks.”

The pictures are also compelling and worth a look.

The story is the newspaper’s latest on the impact of California’s drought, especially on poorer communities. The Post previously examined how the remaining groundwater in those areas now contains increasingly unsafe concentrations of arsenic.

It also offers a stark reminder of the income divide in the United States. As Gamboa and Garcia make do with sponge baths, a neighbor with the means to dig a deeper well – which cost about $40,000 – waters his lawn. Meanwhile, Saslow writes, they live in “another California house with no running water.”

He also lists efforts to address the shortage, from community showers, county-run water tanks for residents to fill containers as well as laws that limit the number of residents per house. Could other stories look at what efforts are working and what are not? Is there anything policymakers in Washington – a large core of the Post’s readers are seemingly a world away on the damp East Coast – could realistically do to help Californians?