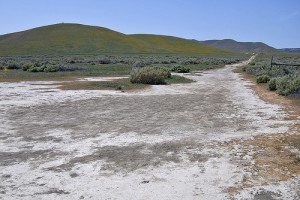 With record rainfall in parts of the United States this summer, people in some of the nation’s wettest areas – including Washington, D.C. – may find it hard to imagine going even just a few days without rain showers.

But The Washington Post recently took a look at the impact of California’s drought on the poor in two of the state’s rural valleys. National reporter Darryl Fears traveled to Mecca, Calif., to show how the ongoing lack of water is hitting low-income residents especially hard, affecting what they drink, how they bathe and what they eat.

“For many Californians, the state’s long drought has meant small inconveniences such as shorter showers and restrictions on watering lawns. But in two rural valleys, the Coachella southeast of Los Angeles and the San Joaquin to the north, farmworkers and other poor residents are feeling its impact in a far more serious and personal way.”

The story offers specific examples of such impact, including efforts by a pastor in Porterville, Calif., to aid his community’s severe lack of access to water even as his own church’s wells ran dry.

“Thousands of people around his 50-member church in Porterville couldn’t take baths or wash dishes because their individual wells stopped pumping water. Children didn’t play outdoors because they didn’t want to attend school in dirty clothes that could not be laundered. Entire neighborhoods were living on bottled water,” wrote Fears, who covers the environment.

In another example of the drought’s reach, Fears followed community organizer Yolanda Chacón-Serna as she checked on farm workers, also in Porterville, amid soaring temperatures and long-dry wells.

“Can you imagine two years without having water?” said Chacón-Serna, who works with the Porterville Area Coordinating Council.

2 thoughts on “Washington Post examines impact of Calif. water shortage on the poor”