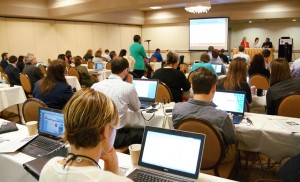 At a glance, the Dallas-Fort Worth area doesn’t seem so remote. Touching down in northern Texas, there’s a glut of restaurants, a Starbucks (there’s always a Starbucks) and, soon, a maze of highways.

But head from the airport to AHCJ’s Rural Health Journalism Workshop (#ruralhealth15) in downtown Fort Worth, and one of the major health care challenges facing non-urban areas quickly becomes clear: distance. On the road from Dallas to Fort Worth stretch miles of pavement. One Texas injury clinic along the way doesn’t look much different than the auto shops and loan stores it is sandwiched between along the busy route.

In fact, this metropolitan region was the model setting for the more than 70 people who attended the daylong program – a vast state with many isolated pockets close to Oklahoma and other states with similar challenges that can put rural residents at the bottom rung of the U.S. health care system. 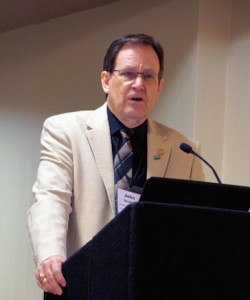 “We have a multi-tiered health care,” John Bowling, D.O., of the University of North Texas Health Science Center told attendees. For rural residents, simply where they live puts them in the lower tier because of the distance to access care and because there are fewer health care services available, he said.

Geography, and the disparities it creates in accessing care, was a recurring theme throughout the day from other panelists as well.

The first sessions took an overall look at issues facing both patients and providers in less populated areas, including the strains heaped on rural hospitals and the difficulty in navigating the unique cultural tapestry in rural areas – not just in Texas, but nationwide.

Among the central factors in rural health care, Bowling cited a lack of resources for rural health that impacts infrastructure (or lack thereof), access issues when farmers or factory workers are miles from clinics and the special needs of veterans and other groups. He also called for more family practitioners to get a wider array of hands-on training so they can wear the many hats needed in a small community handling emergencies, obstetrics, cancer screenings and more.

There are other modern-day challenges, too, said sociologist Gary Brinker, Ph.D., professor and director of Fort Hays State University’s Docking Institute of Public Affairs. Stress, poverty and so-called “political alienation” can also weigh down those living in more isolated communities. 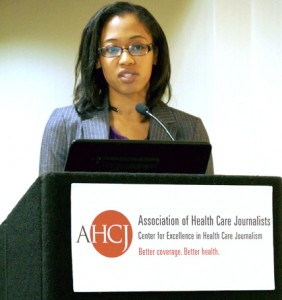 Isolation is something rural hospitals are grappling with, too, as an increasing number of such facilities struggle to stay financially solvent, according to researcher Sharita Thomas, M.P.P., who added that 53 have closed since 2010.

Michael Williams , D.O., M.D., M.B.A., saw his then-hospital in Fredericksburg, Texas, a small town about 70 miles west of Austin, teetering toward the brink when a 13-year-old son of a board member died after receiving substandard care. Williams, now president of University of North Texas Health Science Center, said he used the incident as a catalyst to transform the facility into an award-winning medical center. While other health systems were looking at the hospital’s struggles as a buying opportunity, Williams said he knew such a takeover could shut the facility and devastate the community.

But trying to reach into rural communities to asses that potential closure’s impact – or any other health challenges – can be tough.  Panelists noted the challenges of reporting on smaller communities and warned journalists against trying to just jump into reporting without first building trust and connecting with key community members.

Tammy Worth, an AHCJ member and an independent journalist from Blue Springs, Mo., offered her insights into tapping into other subgroups of rural patients after her own coverage of undocumented immigrants, such as first connecting with local church leaders.

Uche Uchendu, M.D.,who heads the Department of Veterans Affairs’ Office of Health Equity, noted the challenges of reaching veterans in more isolated communities that may not have a nearby VA facility and said social determinants such as housing, education, employment and transportation also present challenges.

Closing the gap for better health in rural areas means, in some ways, improving access to the same level of care available in other areas, she said, noting the VA’s growing adoption of telemedicine in some areas.

“Health equity and health disparity are like two sides of the same coin,” Uchendu said.

Read part 2 of this report from #ruralhealth15.

1 thought on “The reality of rural care: Covering the divide and distance”