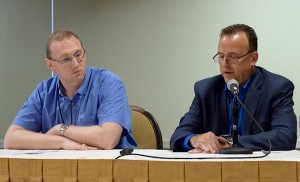 Distance dominated much of the conversation at AHCJ’s recent Rural Health Journalism Workshop in Fort Worth, Texas, a vast state with wide open spaces and far-flung cities.

While such expanses can offer a quiet alternative to urban areas, panelists at #ruralhealth15 also noted that such isolation can impact not only health, but education and other community resources. And that can present another challenge: attracting health professions to rural pockets to provide needed care for residents.

Kevin Blanton, D.O., who has spent the past decade working at a medical clinic in Clifton, home to about 3,400 residents in central Texas, said that, although he practices in the largest city in Bosque County, it still often feels like a “battlefront.”

Blanton said that doctors and other health care workers must not only provide a wider range of care and juggle more jobs than their city counterparts, they often get paid less and must travel farther (and pay more) for their certifications.

A typical day for Blanton, who serves as the county’s head medical officer while juggling teaching duties at the University of North Texas Health Science Center as well overseeing medicine at the local EMS and nursing home, outlined an exhausting picture of rural providers. And then, he said, other challenges surface – like tornados.

But Blanton offered a heartfelt take on practicing in such communities and sharing the benefits of smaller town life to medical students who have the desire to take up rural medicine. “You can’t make up passion,” he said.

One of his students, Russell Stanley, offered journalists his own view of training in rural towns and how it influenced his choice in osteopathy with the more holistic approach needed for care in remote areas with few, if any, nearby specialists.

In particular, experts at the workshop highlighted the growing need for mental health services in such areas, where not only access but cultural resistance to care can limit care. 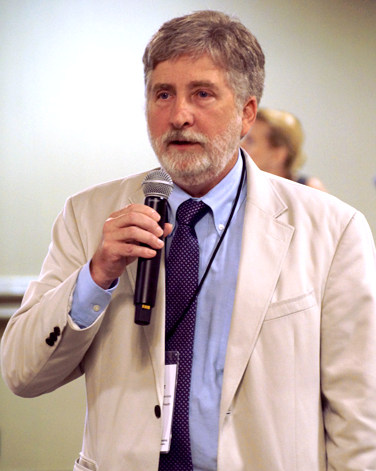 But many residents tend to wait before seeking care and even then, worried about stigma, view doctors as a last resort.

“It’s hard to hide in a rural community from seeing people like me,” Podawiltz said of concerns potential patients might have in seeking care. Telemedicine has helped provide access to mental health care for more people and, surprisingly, sometimes helped reluctant patients open up more than they might have in person. “It’s almost like I’m not real” to them, he said.

Health management and policy expert Erin Carlson, Ph.D., also told attendees seeking to pinpoint underserved populations in areas near them to consider factors other than geography that can play an outsized role in rural health, including age, race and poverty.

Carlson, an assistant professor at University of North Texas Health Science Center’s School of Public Health, pointed to issues such as aging populations and obesity to medicine access and pollutants as ones journalists should also weigh when looking into rural health care stories.

“How does socioeconomic status play into this?” reporters need to ask, she said. “Because it always does.”

“Poverty will trump everything else,” Carlson told attendees.

For more on #ruralhealth15, read part I: The reality of rural care: Covering the divide and distance

1 thought on “Reaching rural populations and providers: more from #ruralhealth15”