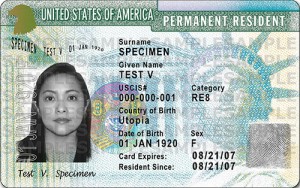 We wrote earlier this month about the Sept. 5 deadline for people who had signed up for ACA coverage through the federal exchange but still had some inconsistencies in the record about their citizenship or legal residency. Here’s an update:

As of early September, the Department of Health and Human Services said 310,000 people still had status questions (down from close to a million “data-matching” cases in late May). Most did get the information in and the questions resolved. But about a third did not, and that means about 115,000 people will lose coverage at the end of this month.

However, CMS is trying to minimize coverage disruption, so if these people do submit the documentation, they could sign up again under “special enrollment” rather than have to wait until Jan. 1 to get covered again.

But Andy Slavitt, the principal deputy administrator of CMS, also said that their coverage could be restored, effective Oct. 1, if people submit the needed documentation. They would be able to sign up during a “special enrollment” period.

CMS is still working on more than a quarter-million income inconsistencies – people who may be getting the wrong subsidy amount – but they don’t face coverage loss, although some could end up owing the government money.

All these unresolved problems from 2014 could add to the challenges when enrollment/reenrollment starts in 2015. Talk to the groups working on enrollment and reenrollment in your community, particularly with immigrant and non-English speaking populations.

Don’t assume that the people who haven’t submitted the proper documentation and face loss of coverage are undocumented immigrants. Most of those who have worked out their documentation problems were legal; we don’t know about the stragglers, whether there is a status issue or, as is often the case, a communication or documentation issue.