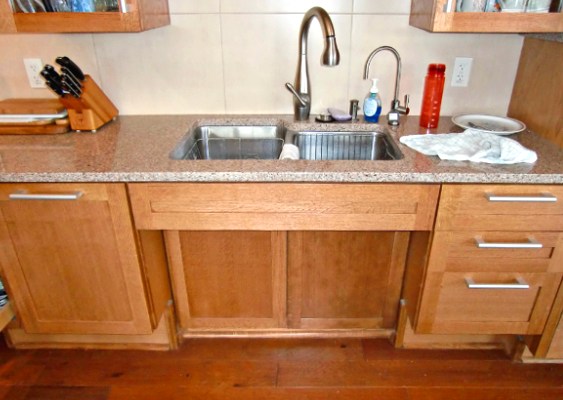 Older patients like the kind of team care delivered in medical homes and most of those who get this care say it is actually improving their health, according to a new survey released today by the John A. Hartford Foundation. A representative sample of 1,107 adults aged 65 and older were asked about their experiences with patient-centered medical homes show that relatively few patients receive team care but more want it; and those who have experience with it like it and believe it improves health status.

“Team care is still a work in progress. Despite disappointing medical home demonstration results recently reported in the Journal of the American Medical Association, we believe that enhanced primary care can be a key part of the solution. The fact that older adults say that team care improved their health is very significant. We should build on this finding, improve the model, and make team care available to more patients who can benefit from it,” he said.

Not all PCMH programs are the same, said David Dorr, M.D., associate professor and vice chair of medical informatics and clinical epidemiology at Oregon Health & Science University and co-creator of Care Management Plus, a PCMH model for older adults. “The question is, how do we change the system to improve the health of at-risk populations? This poll does a nice job in pointing out the need and desire for this type of care.” He said changes can have a positive effect – if they’re noticed and explained. “When they do see them, it’s improving their perception of health, which in turn affects things like hospitalizations and utilization.”

Dorr also pointed out that, in the JAMA study, none of the patients were older adults. “You really need to look at a population that’s at risk for problems and hospitalizations.” People’s sense of their health is an important predictor of outcomes – we can use that answer to predict whether they will be in hospital next year – it’s really meaningful especially when they’re at risk to end up in hospital or need additional care.

He said PCMH models struggle with how to engage people so they feel good about these changes. ”People’s perceptions are important and they should be made aware of overall practice changes as time goes on. This should translate into meaningful outcomes eventually.”

The team care and enhanced primary care services examined in this survey are key elements of the patient-centered medical home (PCMH) model, as defined by the National Committee for Quality Assurance (NCQA), the most widely used national standard, according to Langston. More primary care practices are beginning to offer team care, and almost 7,000 have already been recognized by NCQA as patient-centered medical homes.

Overall, team care influences older adults’ satisfaction with their primary care. Three-quarters (75 percent) of those receiving team care said they were highly satisfied with their current care. In comparison, just half (52 percent) of those not receiving team care expressed similarly high levels of satisfaction. The “On Your Team” survey also looked individually at several of the key services associated with the medical home.

Lack of care coordination is a near-universal complaint from patients and primary care providers alike. A majority of respondents (84 percent) say they would want their provider to call them to follow up after a hospital stay or emergency room visit, and 67 percent believe that such coordination would improve their health. But considerably fewer (46 percent) of all respondents think their current non-team care practice would do this for them. In contrast, among respondents who do already receive team care, more than seven out of ten (71 percent believe their practice would provide this type of follow-up and coordination.

PerryUndem Research/Communication conducted the survey Jan. 30 through Feb. 3, 2014. The margin of sampling error is +/- 3.9 percentage points.

Note to journalists: slides from the April 1 webinar can be accessed here.