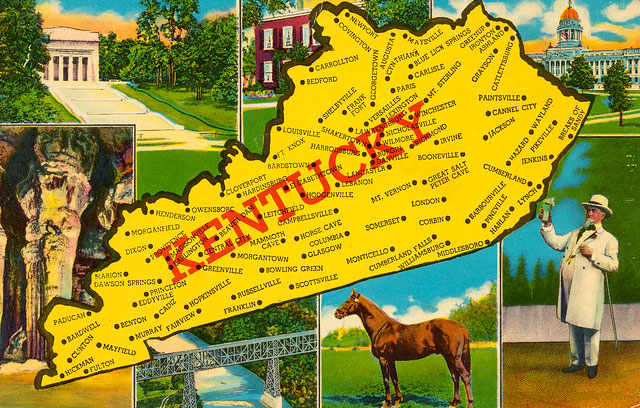 Kentucky has gotten a lot of attention for the largely unexpected success of its health insurance exchange.

The Washington Post’s Stephanie McCrummen has looked at another aspect of the Kentucky story: Who is getting covered and what is that going to mean?

Her first feature was published Nov. 23 (when most of us were focused on the final week of the “tech surge” to fix HealthCare.gov). She followed up in February. McCrummen looked at the faces behind the numbers – and asked questions about the numbers.

Her stories took her to Breathitt County in the foothills of Appalachia, one of the poorest and unhealthiest counties in the U.S with high rates of diabetes and heart disease. She focused on Courtney Lively, who is a human link between being covered and not being covered. Lively works at a clinic near a fast food joint, helping people get coverage, some for the first time. Among those walking through her office door were “cashiers from the IGA grocery, clerks from the dollar store, workers from the lock factory, call-center agents, laid-off coal miners, KFC cooks, Chinese green-card holders in town to teach Appalachian students.”

What’s often overlooked, or what the public doesn’t always understand, is that the uninsured are not necessarily the unemployed. They are the working poor. Many may still have trouble making ends meet. But they don’t have to go without care, or worry about losing everything they have if someone gets sick.

Here’s one typical encounter in the piece:

“All right,” she [Lively] said to her next client, a 52-year-old disabled master electrician who said his mother, two brothers and two sisters all died from lung cancer. He had been ignoring a spot on his lung discovered during a visit to the emergency room after he had broken his ribs several years ago.

In McCrummen’s follow up, the newly insured were beginning to trickle in to the clinic or call in, asking to have prescriptions sent over to WalMart. Many had health problems that had gone unattended to for years. One 41-year-old woman saw a clinic doctor for stomach ulcers and got referrals to a neurologist for brain lesions and severe headaches, a gynecologist for abnormal bleeding, a hematologist for anemia, and an eye doctor (not just for glasses, but a medical problem) . She also was going to see an ear, nose and throat specialist.

McCrummen noted the questions this raises. Are the newly insured going to be disproportionately sick and expensive? (Of course, if you report in a clinic – instead of, for instance, a tennis club – you’ll naturally find sick people there!) Or is taking care of them earlier in the course of a disease in a clinic (not an emergency department) going to save money in the long run?

This is the world that many critics of the new health-care law have worried about, one in which the sick and the poor expand the ranks of Medicaid while other Americans see premiums rise, policies canceled or favorite doctors booted out of networks.

Supporters of the new law argue that another scenario will unfold in places such as eastern Kentucky, in which the sick and the poor get insurance, seek treatment for long-neglected illnesses and prevent other health problems down the line, ultimately saving the health-care system billions in emergency-room visits and other costs.

A week at the Breathitt County Family Health Center provides an early glimpse into how those theories are beginning to play out in a place where people have long worried about having no insurance at all.

She doesn’t attempt to answer those big economic questions – the answers aren’t going to be found in a few days or weeks in a single clinic and not everyone who walks into a clinic is going to have a whole bundle of untreated complicated problems requiring a platoon of specialists. But asking these questions added depth to an otherwise illustrative but less provocative feature.

McCrummen is a national writer for the Post and, based on the Post’s website, it looks like she gets to spend a lot longer on her stories than many of us do. But stories like these can be done locally in a shorter time frame, combining real-people narratives with the policy questions that are going to be consuming us for many months and years to come.