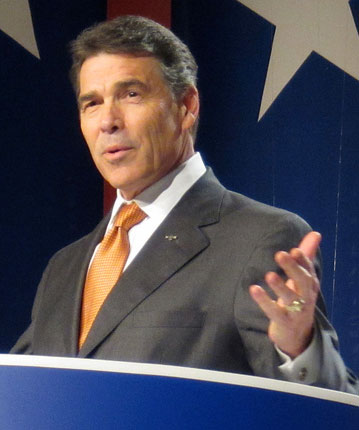 Few states have been as hostile to the Affordable Care Act as Texas under Gov. Rick Perry. And, with its 6.3 million uninsured people, few states are as important to its success.

So how do people learn about coverage options and get enrolled? Here are two good stories that explore that.

In this overview, Shefali Luthra of the Texas Tribune reports that the state government is proudly doing just about nothing to educate people. And it’s not expanding Medicaid so that keeps the poorest people from tapping into coverage that would have been available. She writes:

“In response to questions about publicizing the exchange, Lucy Nashed, a spokeswoman for Gov. Rick Perry, wrote in an email that the state was ‘not interested in implementing Obamacare, including the exchange.’”

That leaves advocacy groups, community health centers, and even insurance companies (which stand to get subsidized customers) to try to fill the very large gap in a very large state. Navigators  – which will get federal funds to help enroll people – also will play a role. And HHS Secretary Kathleen Sebelius was in Texas in mid-July, which also generates some publicity.

Some of the consumer outreach described in the story – at this stage at least – involves handing out literature or brochures. Many people will need more hands-on assistance in enrollment, when it starts in October. (Navigators  are supposed to help with that).

Overall, given the breadth of the enrollment and outreach task, Allison Brim, a director at the Texas Organizing Project told the Tribune, “It leaves a mountain of work for us.”

(The story – which is good – incorrectly says that January is the deadline to sign up for the exchange. That is the date that coverage will start. But enrollment in 2014 will extend through March. In future years the open enrollment period is set to be shorter.)

A second story that appeared on the Texas Tribune website, by Francesca Bacardi of Medill News Service, explores the specific challenges of reaching Texas’ Hispanic population, which has a high rate of uninsurance. Federal officials are giving community health centers in Texas nearly $10 million for enrollment activities – but that’s not that much given the number of eligible people spread out over a large area. An Urban Institute estimate quoted in the story says that more than one in five of the uninsured Hispanics will remain uninsured.

1 thought on “Texas poses challenges for insurance enrollment under ACA”