Allen has been a health reporter at the Las Vegas Sun, where he most recently wrote about preventable errors in hospitals, for which he and Alex Richards just received the 2011 Goldsmith Prize for Investigative Reporting. 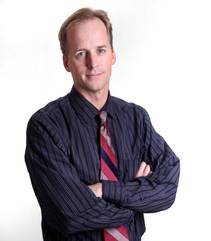 Allen is a member of the 2010-11 class of AHCJ Media Fellowships on Health Performance with a focus on exploring whether transparency about hospital quality improves the quality of care for patients. In 2009, he was an AHCJ-CDC Health Journalism Fellow.

Allen, who serves on AHCJ’s Finance and Development Committee, has contributed tip sheets and articles to the organization’s resources, including: