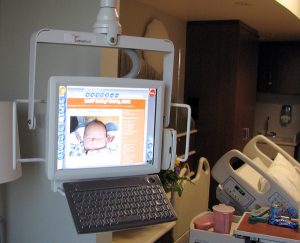 There’s a lot of talk these days about European-style universal health care and what U.S. adoption of something similar would look like. But what happens when European countries implement U.S.-style health information technology?

That’s what Arthur Allen, a health care editor at Politico, uncovers in a two-part series that took him to Denmark and the United Kingdom.  Allen was one of four veteran journalists selected for the inaugural 2019 AHCJ International Health Study Fellowship, which provided funding and support for the series. END_OF_DOCUMENT_TOKEN_TO_BE_REPLACED

Following in the footsteps of several other device manufacturers and medical interests, GE Healthcare is using UK libel laws, which some describe as “draconian,” to attempt to muzzle a Danish physician who helped discover links between the GE drug Omniscan and the debilitating and sometimes fatal disease nephrogenic systemic fibrosis.

ProPublica’s Jeff Gerth, who has been all over the Omniscan story for a while now, reports in The Sunday Times (and on ProPublica) on the lawsuit and the science, economics and politics behind it. The prominent Danish researcher, who noticed the link after a number of his patients came down with NSF, delivered a 15-minute PowerPoint presentation in Oxford in 2006 in which he referred to Omniscan as a potential “medical hurricane.” To date, GE has spent more than $600,000 fighting the claims with a libel suit.