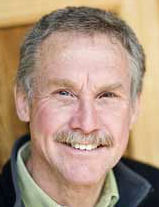 Among the many controversies connected to the pandemic is the question: Where did SARS-CoV-2, the virus that causes COVID-19, come from before it emerged in Wuhan, China in 2019?

Veteran science journalist David Quammen skillfully and artfully tackles this question in his recent book “Breathless: The Scientific Effort to Defeat a Deadly Virus.” It is a detective story about the source of the virus and what is known, as of 2022. It is also a great read for any journalist looking for context about how the SARS-CoV-2 virus likely emerged and who the knowledgeable scientists are to talk to as this story unfolds.

In his book, Quammen rigorously walks readers through the evidence that supports and counters two possible theories— the virus was of natural origin, brewed within the body of one or multiple animals and then became adaptable to humans and other animals, or it was engineered in a lab in China and released either accidentally or on purpose.

Based on almost 100 interviews with experienced virologists, scientists, and public health officials, as well as analyses of dozens of studies from January 2020 through February 2022, Quammen considers and vets the natural and lab-borne theories, explaining how the scientists reached their conclusions. Throughout the book, Quammen weaves in lessons on virology, molecular biology and the history of the 2003 SARS and 2012 MERS outbreaks.

The conclusion? The evidence continues to point to an animal, likely a horseshoe bat, being the reservoir of the virus that then jumped to humans through an animal that was for sale at a wet market in Wuhan, China. (Wet market is the term for markets where live animals are sold for food.)

“There is a preponderance of evidence that the origins of this virus are natural,” Quammen said in a Dec. 14 AHCJ webcast about his book. “That this is a coronavirus that was assembled by good old fashioned Darwinian natural selection.”

During the webinar, Quammen also offered thoughts on how health and science journalists can respond to public skepticism of science, how he wrote his book, how he finds analogies to explain complicated topics to readers, COVID-19 story ideas for 2023 and what virus with pandemic potential most scientists are worried about right now (hint: avian flu).

We also talked extensively about why some scientists (a minority not a majority) doubt the evidence so far that the SARS-CoV-2 virus is natural in origin and about the acrimonious and politicized public debate playing out on social media. Unfortunately, China’s government has impeded the World Health Organization’s virus origin investigation, fueling ongoing suspicion about scientific data from China.

In October 2022, a Republican Senate Health, Education Labor and Pensions committee declared the lab leak was the “most likely” theory. The determination was based on the lack of definitive evidence proving the natural origin theory, as well as a disputed English translation of internal Wuhan Institute of Virology laboratory documents that seemed to suggest a biosecurity breach had occurred at the lab in November 2019.

“It’s very hard to prove a negative,” Quammen said during the webcast. He described the Senate report as “unpersuasive” in its conclusion, as it did not offer any new scientific evidence.

“Is it possible, theoretically possible, that this virus leaked from a laboratory? Yes,” Quammen said. “Is there any positive evidence in support of that? No, there is not.”

To learn more about Quammen’s book and the virus origin story, watch our 45-minute webcast with Quamman here.

And for more on how additional science journalists are grappling with covering the SARS-CoV-2 origin story, see this recorded panel discussion at the National Association of Science Writers conference in October 2022.

Also, see my March 22 blog post on resources for covering the origin story.