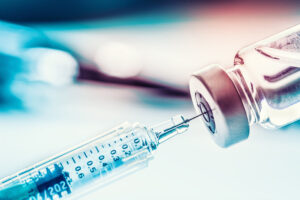 Although people with schizophrenia, severe bipolar disorder and other serious psychiatric disorders worldwide have been less likely to get vaccinated against COVID-19, people with mental illness in one Georgia county got vaccinated at a higher rate than people without mental illness, according to a September 2021 survey conducted by the Washington D.C.-based Treatment Advocacy Center and Clubhouse International.

The latter, which does advocacy and programming for the mentally ill in 30 countries, marked that achievement in Floyd County, Ga. by persuading public health officials to do pop-up clinics at Clubhouse headquarters, said Lisa Dailey, executive director of The Treatment Advocacy Center. What Clubhouse accomplished in Floyd County — where 61% to 80% of Clubhouse members but 10.1% of all county residents were vaccinated as of mid-June 2021 — exemplifies what can happen when health officials and advocates for the mentally ill coalesce.

“It doesn’t take much to achieve these increased vaccination rates,” Dailey said, “just understanding the needs of those they serve and having the willpower to pursue solutions that will meet them … A small amount of effort goes a long way…”

While the survey’s analysts noted a longstanding lack of access to preventative health care for the severely mentally ill — they offered Floyd County as an illustration of success. The analysts didn’t provide hard data, but suggested that Clubhouse efforts, beyond Floyd County, resulted in higher vaccination rates among their members than the general public.

According to the report: “The majority of individuals with serious mental illness who are Clubhouse members have received the COVID-19 vaccine, providing them protection from severe illness or death if infected with the virus. One-third of Clubhouse directors report that almost all of their members have received the COVID-19 vaccine and another one-third report that most have received it … Conversely, less than 10% report that only 21–40% of their members are vaccinated. As of July 2021, 48% of the U.S. population is fully vaccinated. While we cannot say exactly how many Clubhouse members are fully vaccinated, results of this survey indicate that the majority of Clubhouses have higher vaccination rates than the general U.S. population.”

The transportation issue is poverty-driven, Dailey said, and a reflection of health policy and programs that generally haven’t ensured that the severely mentally ill can access preventive care regularly, let alone an emergency vaccine during a pandemic.

“The logistical barriers that exist for those with severe mental illness are the same barriers that existed for the elderly or those in nursing homes: transportation, lack of technological access or proficiency, cognitive difficulties and overall poor access to preventative medicine,” Dailey said.

Even before COVID-19, those with severe mental illness already were at higher risk for a range of comorbidities, including heart disease, diabetes, hypertension, respiratory and infectious diseases. Those result in a shortened life expectancy of 10 to 25 years among mentally ill people, according to the World Health Organization.

In light of the pandemic, and pandemics forecasted for the future, those realities should be at the forefront of mental health policy, Dailey said.

Additionally, she said it’s crucial to note other ways in which COVID-19 has pushed people with mental illness further to the margins of health care and society.

“Less obvious is the impact of increased isolation, which can exacerbate symptoms, and magnification of the effects of poverty that can come from transportation being even less predictable or available,” she said.

“One effect that is rarely raised is that many hospital beds that used to be available for psychiatric crisis have been repurposed for COVID patients. This means that hospitals are even less able to handle a psychiatric crisis than before the pandemic.”