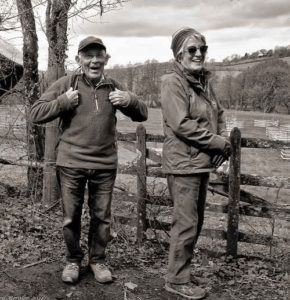 The COVID-19 pandemic has led to serious long-term health effects — ranging from heart problems to ongoing brain fog. Now, we can add decreased mobility and increased fall risk among older adults, according to a new poll.

The National Poll on Healthy Aging uncovered some worrying indicators: 25% of older adults experienced a fall between the start of the pandemic in March 2020 and January 2021, when the poll was conducted. Forty percent of those who experienced a fall had more than one fall during this period. The CDC cites falls as the leading cause of injury and death among those 65 and older. We know that reduced physical conditioning and fear of falling may increase future fall risk and reduce independence.

Experts advise everyone get at least 30 minutes of moderate physical activity daily or nearly every day — such as brisk walking, housework, or mowing the lawn, yet more than a third (37%) of 50- to 80 year-olds surveyed said they were less physically active in 2020. More than a quarter said their physical condition actually worsened during this period, researchers from the University of Michigan’s Institute for Healthcare Policy and Innovation found.

Many falls result in at least a minor injury in this age group, and a third require medical attention, according to Geoffrey Hoffman, Ph.D., assistant professor, University of Michigan School of Nursing and a falls researcher. “Physical conditioning can make a major difference for maintaining independence, including avoiding a fall, and also how well someone reacts to and recovers from one. Focusing on prevention now, including physical health and activity but also home safety and social factors that can increase risk, is crucial,” he said.

Social isolation may have also played a role in physical decline. Those who said they felt isolated or lacked companionship some of the time or often during the pandemic were more likely to be less physically active and spent less time on their feet than those who hardly ever felt isolated or lacked companionship. Those who reported lacking companionship reported more falls compared to those with good social support (32% vs. 21%). The poll also points to specific groups of older adults — women, Blacks and adults over age 65 — who may need additional help to improve physical conditioning and reduce fall risk.

Beyond these increased risks for disability, the pandemic also appears to have affected medical care for falls. Among older adults who experienced at least one fall from March 2020 to January 2021, more than one in four delayed or did not receive medical care they felt was necessary, often because of concerns related to the pandemic. Additionally, one in four older adults who had a fear of falling became more fearful during the pandemic, which is a strong predictor of experiencing future falls.

Falls in older adults can be costly: the CDC estimates that about $50 billion annually is spent on injuries related to non-fatal falls and $754 million is spent related to fatal falls. This includes hospitalization, rehabilitation, home care, physician and other clinical costs, prescription drugs and medical equipment. However, it doesn’t factor in indirect costs like loss of independence, lost time from work and household duties, and reduced quality of life.

Fall risk varies by state, too. For example, compared to the national average of 28% (36 million) of people over 65 who report at least one fall each year, Texas’ rate is 33.9%. Pennsylvania’s rate, however, is lower, at 24.5%. Fall prevention discussions with providers and proactively making the home safer can help reduce risk, according to the CDC.

The poll did find some positive signs of activity among older adults. Half of the respondents reported no change in physical activity and 13% said they were more active. “As life gets closer to normal, especially for the large percentage of older adults who are fully vaccinated against COVID-19, health care providers and loved ones should encourage more interactions that involve safe physical activity,” said Preeti Malani, M.D., a Michigan Medicine physician who specializes in both geriatrics and infectious disease.

“We need to make up for lost time and get older adults on track, or back on track, with the kinds of movement and strengthening that can safeguard their independence by reducing their risk of falls or of major fall-related injuries,” Malani said. “Even better if this happens in conjunction with social interaction.”

Many organizations, including the CDC and AARP, offer toolkits and checklists for caregivers and providers to help reduce fall risk.