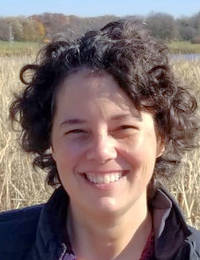 Among the biggest challenges for health and science writers over the past year is how best to respond to misinformation.

Siri Carpenter, co-founder of The Open Notebook, a science journalism non-profit, suggests focusing on the business side of misinformation and who’s profiting by pedaling false narratives to the public.

“I think it’s … important to recognize that we’re up against moneyed interests that are extremely invested in that this [false] information,” Carpenter said in a ‘How I Did It.’ “Misinformation isn’t out there by accident. It wasn’t just accidentally created, and then other people stumbled onto it.”

The U.K.-based Center for Countering Digital Hate, a non-profit focused on countering misinformation, has investigated the source of false stories about COVID-19 on social media. It about a dozen social media influencers were responsible for 65 percent of the misleading information about the pandemic, vaccines and treatments.

The social influencers include a Tennessee-based couple named Ty and Charlene Bollinger who have made more than $25 million from peddling incorrect stories about cancer treatments and now COVID-19 through videos and social media. AP published a story about them, and the Center for Public Integrity published a story about the Bollingers and others. The CPI story also highlighted how reporters working on these stories were harassed by the Bollingers and their followers.

“We are living in this time where the very definition of a fact is under assault,” said Carpenter, who co-founded the Open Notebook in 2010 with AHCJ board member Jeanne Erdmann to support fellow science journalists and their writing process. “The cultural chasm that we have seemed to be falling into didn’t end with the end of the Trump presidency,” Carpenter said. “That’s a real challenge for not only science journalists, but for anyone who values reason and a civil society.”

Telling the stories about the money behind fake stories is one path of countering misleading information.

“Facts alone are just not enough to change people’s minds,” Carpenter said. “For a lot of us, even though we know this, it’s personally frustrating.”

“But that’s where stories come in,” she said. “People connect with human stories in a way that they don’t connect with facts. I think if anything is going to save us, it’s going to be the stories that are [not only] factually accurate, but [also] enable people to perceive the world in a way that is true and accurate and that connects with their values and emotions.”

For journalists who don’t have a science background but want to bolster their science writing skills, The Open Notebook is in the process of creating a new program to mentor journalists,  which it hopes to launch soon.

Other resources on the site include an online course for finding angles for science stories; resources for bolstering the diversity of voices from underrepresented voices in science stories; and lots of tips from science writers on how they do the work of reporting on science in the interviews section. The website also offers guidelines for pitches from freelancers related to the craft of science writing.