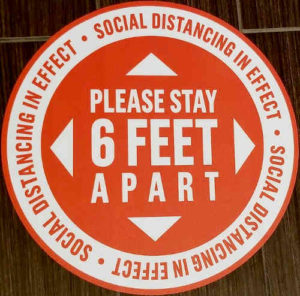 The American Rescue Plan (ARP), passed by Congress last month, will be sending about $100 billion into the U.S. public health system — money which is badly needed. But it isn’t enough for the long-term to prepare for the next pandemic.

The pandemic laid bare what had long been known — the nation’s federal, state, local, tribal and territorial public health agencies have been underfunded for decades. When SARS-CoV-2, the virus that causes COVID-19, began spreading, public health departments were so understaffed and working with such antiquated information systems that they could not respond to the fast-spreading pathogen quickly.

The American Rescue Plan provides money to fix many of these gaps that made our nation’s pandemic response worse, such as money to bolster data systems and hire new staff, but the money will expire in several years. Public health experts are alarmed that the U.S. will repeat the history that made the pandemic worse from the beginning — providing money to respond to the crisis but failing to adequately fund state, local, tribal and territorial public health departments for the long term.

“We hardily support (the ARP),” Dr. Georges Benjamin, executive director of the American Public Health Association (APHA), told Kaiser Health News. “But many of its provisions are for one-time and time-limited increases in funding for COVID-related needs and financial distress.”

Non-partisan organizations, such as APHA, the Bipartisan Commission Biodefense, Trust for America’s Health and the National Academies of Medicine are all pushing Congress to pass legislation like this bill introduced by Sen. Patty Murray (D-Wash.) that would more provide $4.5 billion to build and maintain funding of the public health system.

Public health experts also are pushing Congress to pass legislation that would bring clarity to leadership roles during a public health crisis. Existing gaps in the U.S. public health system were exacerbated by the Trump administration’s decision not to follow its own pandemic planning playbook, which called for the federal government to provide guidance or coordinate a national response. Instead, federal officials got into turf wars and left pandemic response to states and local communities.

“The federal government’s delayed response, misleading statements about the virus’s severity, and abandonment of the established pandemic playbook fragmented the emergency response across the U.S.,” wrote the National Academy of Medicine in its April 7 report, “Public Health COVID-19 Impact Assessment: lessons learned and compelling needs.”

For example, early in the pandemic, when the U.S. was debating how to return Americans from China and those on a virus-stricken cruise ship in Asia, there was no clarity within the U.S. Department of Health and Human Services on who was in charge. HHS’s Office of the Assistant Secretary for Preparedness and Response, Centers for Disease Control and Prevention, and the Administration for Children and Families fought over who was in charge, which left staff and the communities vulnerable to the outbreak, according to a report released April 20 by the Government Accountability Office.

“Until HHS revises or develops new plans that clarify agency roles and responsibilities during a repatriation in response to a pandemic, it will be unable to prevent the coordination and health and safety issues it experienced during the COVID-19 repatriation response in future pandemic emergencies,” the GAO concluded.

The Bipartisan Commission on Biodefense has recommended a permanent person and office at the White House be in charge of pandemic planning and response, as that is the only institutional organization that can order federal agencies to work with one another.

The story of who is in charge during a pandemic will be a story that reporters will want to continue to recover as the U.S. furthers its examination of what went wrong in 2020.