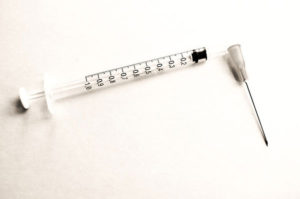 A recent Pew Research poll found that the proportion of Americans who said they would get a COVID-19 vaccine when it is released has dropped sharply since May. This isn’t necessarily very surprising, given the federal administration’s shenanigans with the CDC, documented in excellent reporting at Politico by Dan Diamond and the NYT by Apoorva Mandavilli. Then there’s the experience at the FDA, where emergency use authorizations were used for hydroxychloroquine and convalescent plasma before adequate evidence to support either one was available.

But the loss of trust in the country’s major public health agencies may not be the only reason for a decline in people’s stated willingness to get a COVID-19 vaccine. As I mentioned in a new story I wrote for Elemental, it’s possible that reporting on polls about COVID-19 vaccine attitudes itself may play a role.

In my article, I quote two social scientists who study vaccine hesitancy. Both noted the lack of value from surveys purporting to tell us how many people will or won’t be likely to get a vaccine. As someone who has covered vaccines and vaccine hesitancy for a decade, I’ve found maddening for months the many surveys and polls about people’s attitudes and intentions toward a COVID-19 vaccine. It makes no sense to ask people about a vaccine that doesn’t exist yet.

Still, I wonder if journalists writing these articles also realize how misleading and potentially damaging their reports of these polls are.

To be clear, I’m not suggesting that no one at all should survey people about their attitudes or beliefs regarding a COVID-19 vaccine. That research is necessary to help public health officials plan for potential resistance to a vaccine and develop the best public messaging around it. But that’s research conducted by social scientists who specialize in and understand the pitfalls of priming, social desirability bias and other nuances of vaccine hesitancy research that can lead results to be informative ― or completely useless and misleading. 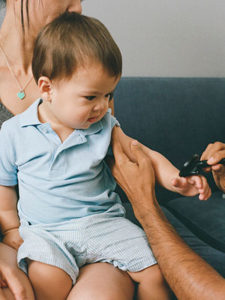 But journalism organizations putting out their own polls haven’t had the training for that kind of research. Journalists have no reason to report on it when it offers no value whatsoever to the general public except possible harm. Vaccination, in general, relies heavily on social norms. While some people may spend time researching vaccines to order to make informed decisions about which ones they might get, research shows that most health consumers get a vaccine when their doctor recommends it because their doctor recommended it. When everyone else is getting a vaccine, the average person is more likely to get one too, as long as its affordable, accessible and convenient.

But that works both ways. As we’ve seen with the rise of anti-vaccine sentiment over the past several decades: the more people question vaccines, the more people question vaccines. Vaccine hesitancy is contagious. Most reporting on COVID-19 vaccine polls have emphasized how many people say they won’t get the vaccine. The more headlines someone sees that suggest that others don’t trust a vaccine, the more likely that average person is to question whether they themselves should get the vaccine. Simply reporting on those numbers becomes a self-fulfilling prophecy, with a potential harm to public health.

An even bigger issue is that these surveys are virtually meaningless when it comes to understanding what people will do when a vaccine becomes available. I’ve read hundreds of medical studies on vaccine hesitancy, attitudes, beliefs, intentions, trends, uptake and related measures. When you immerse yourself in that research, a key pattern emerges: beliefs do not equate to attitudes, attitudes do not equate to intention and intention does not equate to behavior. Belief, attitude, intention and behavior are four distinct concepts that do not have direct linear correlations with one another.

As Maya Goldenberg, a scientist I interviewed for my story, told me, there are many studies on pediatric vaccines in which the participants have strong reservations about vaccines but still vaccinate their children. In contrast, others may feel very comfortable with vaccines but don’t vaccinate. Some people express beliefs suggesting they don’t trust vaccine safety, but still intend to get vaccinated. Some do and some don’t go on to get the vaccine.

“Intention and action often don’t line up,” Goldenberg said. “We’ve seen all versions of that.”

So these polls say little about what will happen when a vaccine is out and can’t be considered accurate in any way that matters journalistically. If that’s the case, what purpose do they serve other than potentially eroding vaccine confidence? Essentially none. So there’s no reason for journalists to continue reporting on them.