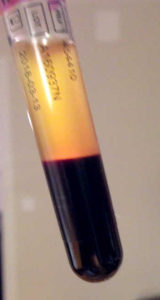 By forcing the Food and Drug Administration on Aug. 23 to approve blood plasma as a COVID-19 treatment under an emergency use authorization (EUA), President Trump again inserted politics into scientific research ― a situation that may create even more uncertainty about plasma as a potential treatment.

Plasma ― the part of blood that contains antibodies and proteins ― is still under investigation for this use, and those leading randomized clinical trials now far they may have difficulty recruiting new patients due to the controversy.

“I’ve been asked repeatedly, will the EUA affect your ability to recruit patients, and the answer is: ‘I don’t know,’” Liis-anne Pirofski, M.D., chief investigator of a plasma trial and chief of the Department of Medicine Division of Infectious Diseases at New York’s Albert Einstein College of Medicine’s Montefiore Medical Center, told reporters during an Infectious Disease Society of America briefing on Aug. 25. “It may.”

Blood plasma ― also known as convalescent plasma ― has been used as therapy for infectious diseases for about a century, from the 1918 flu pandemic to the 2014 Ebola outbreak in West Africa. The idea is that doctors can harvest antibodies (proteins created by the body that help the immune system respond to a threat) from those who have recovered and then transfuse them into those sick from SARS-Cov-2, the virus that causes the illness.

As of Aug. 24, there are 114 interventional studies around the world looking at the possibility of using plasma to treat COVID-19, according to Clinicaltrials.gov. Still, none of them have definitive evidence that plasma is an effective treatment.

The FDA grants EUA status to use of unproven diagnostics and treatments under emergency circumstances and physicians can use them outside of a clinical trial when there are no adequate alternatives. The agency granted the plasma EUA based on data from the Mayo Clinic, which had received funding from the federal government. The Mayo Clinic has given infusions to more than 66,000 COVID-19 patients under the FDA’s expanded access program and data showed promise as a safe treatment that may lower the mortality rate.

But scientists note the Mayo program wasn’t a randomized trial ― meaning there was no comparative group ― to know whether plasma is genuinely effective as a treatment. Last week, top health officials argued that the data wasn’t yet compelling enough to grant a EUA. There are some side effects to plasma therapy, including lung damage and allergic reactions. Further, a study conducted in the Netherlands raised questions about plasma’s effectiveness.

Regardless of concerns, Trump forced the FDA to issue the EUA on Sunday. At the press briefing, FDA Chairman Stephen Hahn touted an incorrect analysis of the Mayo data, for which he issued an apology on Aug. 24 ― via Twitter ― following strong criticism.

The process of how the EUA was issued raises concerns about the credibility of the FDA by government scientists, experts and Democrats. In March, the FDA issued an EUA for hydroxychloroquine under pressure from Trump but revoked it in June after evidence showed the drug was unlikely to be effective. The plasma decision also follows an Aug. 20 decision by the administration to block the FDA from regulating a large swath of COVID-19 laboratory tests, a decision opposed by Hahn.

Many scientists are concerned that the administration will force the FDA to quickly approve a COVID-19 vaccine, before it has been proven safe and effective, to affect the Nov. 3 election.

Meanwhile, scientists planning randomized trials to determine whether plasma is effective are urging those who have had COVID-19 to consider enrolling in their studies.

“Convalescent blood plasma (is) … a stop-gap measure between nothing and figuring out how antibody therapy works,” Pirofski said.

There are so many angles to cover in this story. Journalists can look here on the FDA website to better understand the agency’s investigational therapy and vaccine process. Check out this story on the Poynter Institute website for background and keep asking: