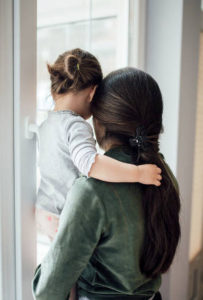 I’ve written already about the mental health toll the COVID-19 pandemic and associated management strategies, such as physical distancing, are having and will have on the population. Then I received a press release from the health information site Healthline that put some numbers to that toll, both from their internal data and from a nationwide survey from the public opinion company YouGov.

Healthline in May launched a special section on mental health during the pandemic that’s full of quick service pieces on managing anxiety, stress, depression, panic attacks and similar experiences during the pandemic. Some of these stories can provide ideas for similar pieces for your publication, or be jumping off places for deeper dives into the medical research on mental health during major crises.

It could be particularly interesting to compare studies looking at lifetime prevalence of depression, anxiety, PTSD, elevated stress or other conditions, or prevalence studies on these conditions during past natural disasters, terrorist events or epidemics, with the data Healthline and YouGov are reporting.

Healthline earlier launched a survey of its readers that also may be useful. Note that the survey population likely has some selection bias, since people reading a health information website may be more conscious of their symptoms or are going there because they are experiencing difficulties. For example, the survey found that 22% of their readers are concerned they have COVID-19 symptoms, compared to 4% of the general population. They also found that nearly 2 in 5 readers reported symptoms of moderate to severe depression. (You can read more on their methodology here.)

YouGov began its COVID-19 tracker data collection on April 2. Here are some of the findings:

Potentially more interesting to journalists trying to determine what to write about are the findings about what people want to know and what they have difficulty learning:

Healthline intends to continue publishing ongoing findings here. For additional resources to help you report on mental health during the pandemic, check out this new AHCJ tip sheet on the topic.