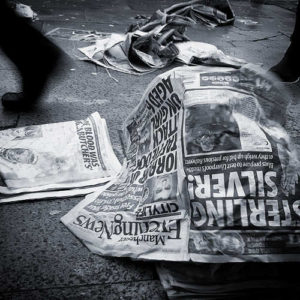 Every week for years, I’ve received press releases about studies starting up. This one looking at heart disease, that one about a common cancer, and still another on a rare childhood disease. I’ve written about precisely zero of them. When the public relations person follows up, I’ll explain: “I write primarily about peer-reviewed research. Let me know when it’s published.”

If you write for business, pharma or medical trade publications, there may be times when you write about the initiation of a study. Even then, it’s typically more important to wait until the study is actually underway and there’s something to say about it. And for consumer publications, I can’t think of any reason to talk about an upcoming individual study that hasn’t begun.

The only thing that comes close to a good reason is, say during a major new disease outbreak, you might write about clinical trials starting to test medications that physicians and researchers are discussing — exactly as we’ve seen during the current pandemic. But when people have limited time, energy and emotional bandwidth, it seems a poor use of resources. NPR apparently disagreed recently when it ran a single-source story about a clinical study investigating the power of prayer in fighting COVID-19.

There are plenty of problems with running this kind of story, but the first that comes to mind is simple: Why? What public interest does it serve? I used to teach high school journalism, and one of the earliest lessons focuses on deciding what’s newsworthy based on news values: timeliness, proximity, impact, prominence, oddity/bizarreness/novelty, human interest, conflict and relevance. The least important of these is oddity/bizarreness/novelty. The most important are usually timeliness and impact.

“Timeliness” barely applies when the study hasn’t even begun, and it certainly won’t impact anyone for some time to come — if at all. The only real news value this story had might be in the bizarreness/oddity area. But is that a reason to draw people’s limited attention to a beginning study that asks a question plenty of researchers already have asked and tested and repeatedly found nothing?

It’s neither a wise use of research or journalistic resources. In fact, two meta-analyses already have concluded the same thing:

Gary Schwitzer at HealthNewsReview.org, who alerted me to the story, lays out several other problems with the piece. For one, the study may never actually begin if the primary investigator does not recruit 1,000 participants, from hospitals actually willing to participate in a trial with no previous evidence to support it.

Further, the story quotes only the primary investigator, not any other researcher or physician who might question this use of resources or the potential validity of the findings, especially given that so many past studies have covered this ground already.

“On a medical research study, we have often said that it is single-source journalism is malpractice,” Schwitzer writes. “And that is what NPR delivered — with only the prayer study researcher being interviewed.”

When I tweeted out my disappointment regarding NPR using precious airtime for a story with no apparent valid news value, another Twitter user, Lauren, pointed out another pretty major flaw with the planned study: “That ‘control group’ of patients will inevitably comprise people who are, in fact, being prayed for by family, friends, and strangers outside of this study and unknown to the researcher, rendering the ‘control group’ anything but.”

Schwitzer’s post includes additional reasonable concerns from scientists, doctors and researchers on Twitter. But the bottom line for journalists is pretty simple: just because you can write about a study doesn’t mean you should.

1 thought on “Protect readers’ time and bandwidth from unpublished trials”