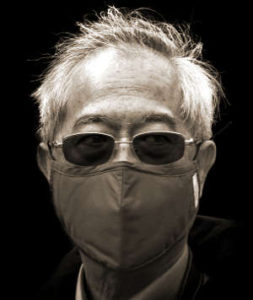 Older adults are among the most vulnerable to the COVID-19 virus, as story after story of nursing home deaths and other mortality data show. That’s why an overwhelming majority of elders say they’re prepared to self-isolate for many more months if necessary, according to a new survey from NORC at the University of Chicago.

Isolation and loneliness among this population were already challenging issues before COVID-19 hit the U.S. How much worse will it become because of the pandemic?

According to the survey, 83% of people age 70 and older said they are prepared to shelter in place even after restrictions are eased to stay healthy, safe and protect others. However, one month into social distancing, one in three older adults reported experiencing more feelings of loneliness since the pandemic became widespread in the United States (33%).

“Some of the things that we’re doing may solve social isolation, but they don’t solve loneliness,” said Bruce Chernof, M.D., president and CEO of the SCAN Foundation, a co-sponsor of the survey. (Full disclosure: The John A. Hartford Foundation, which supports the aging topic area, also is a survey co-sponsor).

“It’s not just about the physical act of having people around it being connected, but that those connections are actually meaningful and fulfilling,” Chernof said in a phone interview.

He is concerned that as restrictions ease, and younger healthier people return to work and activities, we will have two or more versions of a new normal, in which older adults and people with disabilities will experience an alternate universe in which they will be far more isolated.

There’s ample evidence that associating isolation with worsening depression, anxiety, and panic as people feel less connected that can diminish function, according to Chernof. Hospitalizations can result in lower levels of function that may never fully return. “The longer somebody is isolated and cognitively deprived, the more function diminishes, and it may not be regained.”

Loneliness can accelerate the buildup of plaque in arteries, help cancer cells grow and spread, and promote inflammation in the brain leading to Alzheimer’s disease, said Steve Cole, Ph.D., professor of medicine and psychiatry and biobehavioral sciences in the UCLA School of Medicine and director of its Social Genomics Core Laboratory. Loneliness promotes several different types of wear and tear on the body. People who feel lonely may also have weakened immune cells that have trouble fighting off viruses. That can make these people more vulnerable to some infectious diseases.

“Social isolation is clearly a determinant of health, along with educational attainment family structure, community, and economic position,” Chernof said. Right now, there aren’t a lot of tools that can help ease the loneliness beyond what people have been trying already, such as Zoom chats and FaceTime.

One effort Chernof that may help maintain social connections is the Friendship Line, an initiative from the Institute on Aging, a San Francisco-based non-profit aging services organization. It is the only 24-hour toll-free crisis line in the U.S. for people age 60 years and older, and the only program nationwide that reaches out to lonely, depressed, isolated, frail and sometimes suicidal older adults, according to the IOA.

Local Meals on Wheels providers also are doing what they can to ease loneliness and be the de facto eyes and ears for many isolated older adults. Community programs are delivering hundreds of additional meals weekly, according to Meals on Wheels America. It may be the only human contact some older adults have all week.

The longer that older adults feel a need to shelter in place to remain safe from COVID-19, the more the need increases for meaningful connections to combat the isolation and loneliness, Chernof said. Finding creative ways to address them now may help mitigate some of the health effects that will linger long after this pandemic passes. He suggests that journalists look at any local organizations working to alleviate isolation and loneliness, and call out best practices and see what can be replicated elsewhere. Here are some ideas: