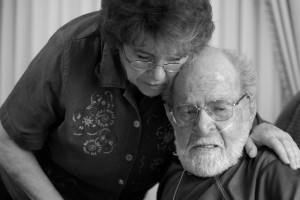 How do you wrap your arms around a topic as big as dementia to create a five-part series that’s cohesive, coherent, and focuses on what matters to your audience? That was the challenge for AHCJ member Katherine Foley, health and science reporter for Quartz.

In this new How I Did It piece, Foley explains how she developed ideas for a weekly series for the publication’s paid subscribers. She relied on her prior reporting about neurodegenerative diseases (a strong area of interest for her), to sketch out a concept. Since Quartz is a business publication, it wasn’t hard to determine that costs and data had to play an important role in the series.

When it comes to dementia, there are almost countless angles. (Just within this core topic area there are 142 related blog posts, dozens of resource links, award entries, training events and articles galore.) So finding a single lens to tell all of these stories and create a common thread was important for continuity’s sake. Foley had fortunately received a fellowship through the Journalists-in-Aging program to attend last November’s Gerontological Society of America conference and decided to conduct the bulk of her reporting during the Austin event. She went in with a rough outline of what she hoped to cover but was flexible enough to go where the interviews took her.

That turned out to be a strategic move; because she had access to hundreds of gerontology experts, it was reasonably easy to track down the people she needed to speak with and get recommendations for additional specialists. It allowed her to put the entire series in context and get immediate feedback on her concepts. She had to build trust first, as some of the researchers were new to interacting with the media; that’s where her extensive research and previous knowledge about neurodegenerative issues came in handy. The experts were reassured that they were dealing with a well-informed, serious reporter interested in sharing the latest evidence-based information with her audience.

As with any series (and many stories) deadlines, she had to deal with relatively short deadlines, but Foley used that to her advantage, leveraging the short time frame to get the one-on-one time with attendees and making subsequent follow-up calls post-conference. Staying in close contact with her editor also helped Foley immensely with question framing and prioritizing interviews. In total, Foley wrote some 10,000 words, and also collaborated with Quartz’s data visualization team to create graphics that helped alleviate some of the writing pressure.