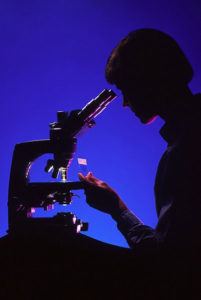 The first person that a health reporter nearly always reaches out to when writing about a medical study is the study’s corresponding author. That person – often but not always the lead author as well – is the officially designated contact person for the research. Reporters may ultimately end up interviewing a different author, or several of them, but the corresponding author holds a lot of power as the formally designated first contact.

It’s probably no surprise that (at least when it comes to phase 3 cancer trials) that the lead author is a man four times out of five. Women comprised only 39% of all U.S. oncologists in 2015, albeit up from 27% in 2000. But according to a new JAMA Oncology research letter, women still fall well below these percentages when it comes to being a study’s primary contact.

As I wrote when I recently covered this research for MDEdge, the authors limited their investigation to phase 3 randomized controlled trials that evaluated a therapeutic intervention for any cancer and reported primary endpoint results in a peer-reviewed publication. The criteria yielded 598 trials from ClinicalTrials.gov between 2003-18. (Interestingly, all but one of the authors are men – but the sole woman is the corresponding author.)

Briefly, the authors found the following:

The authors did offer some caveats about their analysis’ limitations: “Older trials, trials that do not use systemic therapy, and trials without enrollment in or affiliation with the United States may be underrepresented.”

But the bottom line is pretty clear. Even journalists seeking to include more women sources in their stories would have source lists biased toward men if they’re (appropriately) reaching out to corresponding authors, a standard, responsible journalistic practice. Though this study focuses on late-stage clinical trials in oncology, the results are likely similar across most fields of medical research.

Hopefully, most journalists already are consciously thinking about gender balance in their source selection, as well as inclusion of people of color and other underrepresented groups, such as non-gender-conforming researchers and those from the Southern hemisphere or lower-income countries. (If you’re not, consider the limited perspectives your articles have and how much they might be missing.) If so, these findings are likely both unsurprising and frustrating. What to do?

A journalist can’t change a study’s corresponding author and it would be irresponsible not to reach out to that person. But that doesn’t mean reporters should not simultaneously reach out to a female author on the same paper, if one exists. Even if there isn’t one, most reporters should be contacting outside experts to comment on the study. Reaching out to more women than men for these outside perspectives can help balance the scales a bit.

Those who have tried to include more female sources in science stories have found it’s not necessarily easy, but worth it. When expert perspectives on scientific research don’t reflect the diversity of both patient and research populations, the science suffers. Journalists can unwittingly reinforce blind spots if white males are mostly the ones quoted. One implication of this study is that the medical research community needs to work consciously on gender bias. Another is that journalists need to work extra hard to offset that bias as much as possible.