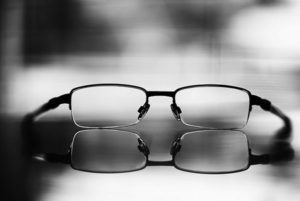 Congress returns from its summer recess with a full agenda. It’s probably not high on its to-do list, but many advocates of older Americans hope it will address several pieces of legislation introduced this year that could help many seniors better afford and access dental care, eyeglasses and hearing aids.

These are items that traditional Medicare doesn’t pay for but would make a world of difference in the health and well-being of older adults.

The “Seniors have Eyes, Ears, and Teeth Act” (HR 576), first proposed in 2018, was re-introduced in January by Rep. Lucille Roybal-Allard, D-Los Angeles, vice-chair of the House Appropriations Subcommittee on Labor, Health and Human Services, Education, and Related Agencies. Rep. Lloyd Doggett, (D-Austin), introduced a similar bill in February. HR 1393, “The Medicare Dental, Vision, and Hearing Benefit Act of 2019” also covers dental, vision and hearing, but phases in the coverage over eight years and includes certain limitations.

Doggett chairs the Ways and Means subcommittee on Health, and serves on the Budget committee. Ways and Means could authorize changes to Medicare coverage and a bill could eventually be brought to a floor vote. However, even if it passed in the House, any legislation would still have to get through the Senate and be signed into law by the president. Not likely in this partisan, political climate. As one colleague said, “there’s zero chance of that. Or less.”

So why even bring it up at all? These are issues that Democratic presidential candidates freqently include in their proposed health plans and increasingly will be the public’s radar as more baby boomers reach Medicare eligibility.

“Older adults who do not get the dental, vision, and hearing services they need, or who have to delay needed treatment because of cost, are at greater risk for avoidable emergency department visits, hospitalizations, skilled nursing facility visits, falls, isolation, depression and greater dependence on family caregivers,” concludes a 2018 report from The Commonwealth Fund. While some Medicare Advantage plans may include these benefits, traditional Medicare, which in 2018 covered about two-thirds (64%) of people over age 65 as well people with disabilities, does not.

Several 2020 Democratic candidates have proposed revamped “Medicare for All” plans which would cover these services. It’s a good goal, but Doggett also wants to help current beneficiaries.

“We need Medicare that is better for more. As Democrats propose to achieve universal coverage, we should make Medicare more comprehensive for those who rely upon it today,” he said in an emailed statement.

He pointed out that about 70% of older Americans have gum disease, putting them at risk for cardiovascular disease and rheumatoid arthritis. One-third of adults ages 65-74 and one-half of adults over 75 have hearing loss. Similarly, one-third of adults have vision loss by the age of 65, a condition associated with injuries due to falls and loss of cognitive function. “Providing Medicare coverage for dental, hearing, and vision care is smart, preventative care policy, but difficult to achieve until we have a new, humane President.”

Only one in five adults over 65 has a hearing aid, primarily due to financial barriers, according to the National Institute on Aging (NIA). Cost is a real issue for those who don’t have this coverage.

“People don’t realize, or they’ve only started to understand that people who lose their hearing have a much higher risk of becoming demented,” said Toni Miles, M.D., an epidemiologist and former Congressional Health and Aging Policy Fellow who worked on the original Affordable Care Act.

Poor hearing leads to a life or death scenario, particularly for hospitalized older adults, she said. “Hearing well facilitates communication with your providers. Having a hearing deficit is a lot like not speaking the language.”

It seems intuitive that good preventive dental, vision and hearing care could save money and reduce utilization down the road. Better vision will help prevent falls; good dental care is related to good nutrition and other health conditions, as well as quality of life and social isolation, according to Miles, a professor of epidemiology & biostatistics at the University of Georgia College of Public Health in Athens.

“Also, gum disease leads to heart disease,” Miles said in a phone interview. “You have inflammatory responses of stroke. So, mouth health and dental health is another one of those things we should be paying attention to more.”

Older adults often have multiple chronic conditions and take multiple medications. These ailments, as well as the drugs themselves, can cause or exacerbate oral health problems, according to the American Dental Association.

“Especially with people who have chronic conditions, some of these medications, make it imperative that you have good dental care,” Miles said.

Then there are quality of life issues, such as social isolation. People who don’t hear well or who can’t eat well tend to withdraw from social activities. Research has linked social isolation and loneliness to higher risks for a variety of physical and mental conditions, according to the NIA, such as high blood pressure, heart disease, obesity, a weakened immune system, anxiety, depression, cognitive decline, Alzheimer’s disease and even death.

“Think of all the money we could save on preventable hospitalizations and other health costs with some prophylactic care,” said Miles. “It really does work.”

Older Americans on modest or low fixed incomes often cannot afford to pay for these services, according to a policy paper from the National Committee to Protect Social Security and Medicare. They found more than half of all beneficiaries have incomes of less than $2,200 per month; those on Social Security disability receive less than $1,400 monthly.

The Commonwealth Fund report said lack of access was particularly acute for poor beneficiaries. Among people who received care, three-fourths of dental and hearing services costs and 60 percent of vision services costs were paid out of pocket. The report’s authors proposed a basic premium-financed voluntary benefit of about $25 monthly to cover these services.

CDC data shows that fewer than one-third of adults on Medicare had dental insurance in 2017 (29.2 percent); coverage declined with age and was also lower among Hispanics compared with other ethnic or racial groups. Cost again was cited as the most common reason for not having this insurance.

The wheels of government can turn very slowly; if at all.  Even popular legislation can take a long time to wind through various committees and get to a floor vote. While Miles hasn’t worked in Congress for a decade, she suspects the usual mechanisms of backdoor communications that move things along have deteriorated to the point of largely disappearing. “When I was a fellow, there was still this entire staff around us,” she said. “We’ll work this out and move it along.  That’s not happening anymore.”

Journalists may want to look into whether there are free or low-cost programs in your community that provide these services for older adults. If not, how do seniors pay for them, or do they just go without?

Other legislation to monitor