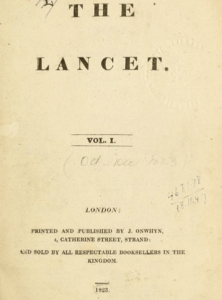 One of the oldest and most influential medical journals in the world is The Lancet. Based in the UK, the Lancet Group publishes 18 journals and remains a leader across all nearly medical fields. So the publisher’s recently announced commitment to greater diversity in its publications and panels is no small thing.

Six months after publishing a special-themed issue on women and research that noted the systemic gender bias in science, the Lancet Group has announced its promise to walk the walk with a Diversity Pledge and No All-Male Panel Policy. (Disclosure: I reported on the Lancet Group’s announcement for MDEdge.)

“Whether with a social justice or a business lens, the case for gender equity and diversity is clear: teams that are diverse in terms of gender, ethnicity, and social background produce better health science, are more highly cited, generate a broader range of ideas and innovations, and better represent society,” the Group’s editors wrote.

The pledge itself is a little vague in terms of how the Lancet journals might change in day-to-day operations:

“The Lancet Group is committed to increasing diversity and inclusion in research and publishing, and in particular to increasing the representation of women and colleagues from low-income and middle-income countries among our editorial advisers, peer reviewers and authors.”

The Group will also work to ensure its events’ panels have at least 50% women participating — excluding chairs and moderators — and will restrict its editors from participating on all-male panels (or “manels”), a position that echoes the NIH’s Francis Collins’ announcement earlier this summer.

Ideally, the Lancet Group’s plan will make it easier for journalists to include a diverse range of voices in their coverage of medical research, at least while covering stories from the Group’s journals. Until other journals follow suit, reporters will need to continue making up the difference by paying extra attention to which experts and authors they’re reaching out to if they want their stories to reflect the diversity of the research community and the nation (and world) at large.

Update: After I wrote this blog, I received this brief Medscape article from AHCJ President Ivan Oransky, M.D., (Disclosure: Oransky is vice president, editorial, at Medscape) that notes which major medical journals have had female editors in chief. The first was Marcia Angell, M.D., at NEJM from 1999-2000. Of the five major journals tracked here, The Lancet is interestingly the only one that has not yet had a female editor in chief. Every journal, in many ways, always has room to improve, and it’s good both to see The Lancet making a public commitment and to see that other journals have preceded them in naming women to their top post.