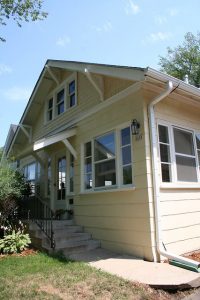 The number of middle-income seniors age 75 and older is projected to nearly double over the next decade and likely will continue struggling to find affordable senior housing with supportive personal care services, according to a new study from the NORC research institute at the University of Chicago.

The study, published online in the April 24 issue of Health Affairs, identifies a vast new “middle market” for the seniors housing and care industry. The authors underscore the need for government and private sector actions to ensure middle-income seniors can afford the housing and care they will need.

“The study really shows the dilemma many middle-income seniors face,” Bob Kramer, founder and strategic adviser of National Investment Center for Seniors Housing & Care (NIC), told me at the recent American Society on Aging conference. “They don’t want to have to spend down their savings, but the kind of housing and supportive services many will need will be out of financial reach.” NIC was one of several organizations that helped fund the study.

These seniors may not be sick enough to require nursing home care but will need the type of supportive services available in assisted living and other senior housing. According to the authors, 54 percent won’t have the financial resources to pay for this care. “This income group is generally too wealthy to qualify for public means-tested programs, yet not wealthy enough to pay the costs at many seniors housing communities for a sustained period of time,” they write.

It’s expected to cost around $60,000 annually for assisted-living rent and other out-of-pocket medical costs a decade from now. Only 19% of middle-income seniors are projected to have enough financial resources to pay for housing and health care if they don’t sell their home.

As Bruce Japsen wrote in Forbes, traditional insurers are starting to look at issues like social determinants, food insecurity and housing as ways to address health needs beyond traditional medical care. Many of these efforts are focused on low-income and homeless populations. “With the number of middle-income seniors projected to double, those involved with the study are trying to put a spotlight on a worsening issue for U.S. policymakers given most of these Americans will not have enough money to meet their housing and related healthcare needs.”

These financial challenges are expected to coincide with many middle-income seniors seeking seniors housing and care properties due to deteriorating health and other factors, such as whether a family member can serve as a caregiver. “Without adequate housing or access to aid or medication, a person’s health will inevitably deteriorate. Seniors will end up paying more out of pocket as visits to the emergency department become more frequent, which adds cost throughout the entire health care system and jeopardizes government-funded coverage,” writes Alex Kacik in Modern Healthcare,

According to the study, the ‘middle market’ for seniors housing and care in 2029 will be more racially diverse, have higher educational attainment and income, and smaller families to recruit as unpaid caregivers than seniors today. Over the next 10 years, growth in the number of women will outpace men, with women comprising 58 percent of seniors 75 years old or older in 2029, compared to 56 percent in 2014.

Housing and care options for middle-income seniors are limited. In almost all cases, traditional Medicare does not pay for home health care unless skilled nursing services are involved. A few Medicare Managed Care plans may offer limited home care benefits to remain in their own home; neither Medicare option pays for assisted living. Medicaid is the payer of last resort, picking up the tab for nursing home care, but also does not pay for assisted living facilities. Income caps require applicants to “spend down” their savings before qualifying, and other financial rules can leave many older beneficiaries impoverished.

This analysis used data from the Health and Retirement Study (HRS), a nationally representative, longitudinal survey of people ages 50 and older. In addition to NIC, funding for the study was also supported by AARP, the AARP Foundation, the John A. Hartford Foundation, and the SCAN Foundation.

Journalists may want to explore housing options for middle-income older adults in their community. Here are some questions to answer: