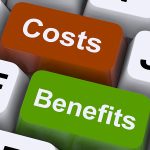 In the previous post we talked about the two related but distinct health care cost crises – out-of-pocket burdens on individuals and families, and the overall $3.7 trillion national expenditures. Both Democrats and Republicans are either coming up with plans that shift costs (rather than bring them down or significantly restrain their growth). Or they are working – in some cases, on a bipartisan basis – on issues such as drug costs or surprise medical bills, which may help bring down costs – but unlikely that they will go so far to really reshape the trajectory.

Several experts talked about these issues at a recent Harvard T.H. Chan School of Public Health webinar which I moderated. Politico and the school also did a recent poll on public attitudes on health care costs. (More on that below.)

The guests for the webinar were professor Robert Blendon, who specializes in health care politics and public opinion, Doug Elmendorf, the former head of the Congressional Budget Office who is now dean of the Harvard Kennedy School, Katherine Baicker, a health economist who is now dean of the Harris School of Public Policy at the University of Chicago, and Stuart Altman, a long-time health economist at the Heller School for Social Policy and Management at Brandeis University.

They noted that the Affordable Care Act does include provisions for addressing costs, including changes in Medicare payments, state innovation waiver authority, and through delivery system experimentation at the Center for Medicare and Medicaid Innovation (CMMI.). They wanted more, not less, of those experiments “We’ve dabbled in that,” said Baicker. “But I don’t think we’ve taken the serious experimentation needed” to really figure out what works.

The policy experts, including veterans of both Republican and Democratic administrations, wanted politicians to get real about the ACA, acknowledge it’s here to stay, work to fix its problems – and focus on the big cost challenges.

Here are a few of the points they made. You can watch the whole program here.

Elmendorf was a Democratic-appointee to the CBO, who wishes he could still believe market forces (not unfettered – within a regulatory framework) could bring down health spending. But he’s come to believe that we’ve either reached the point, or are pretty darn close to the point, that we’ll need a bigger government role to wrestle with prices and spending trends. And he’s fed up with the repeal and replace fight that has taken our eye off the economic ball. There were legitimate, important questions to debate while the ACA was being drafted. But since then, “we have basically wasted almost a decade of health policy tension and energy through Republicans’ confused attempts to repeal and replace the Affordable Care Act,” he said.

“Republicans have focused on proposition that there is some alternative to the Affordable Care Act that would maintain high levels of insurance coverage but at much lower government cost and personal cost and fewer government regulation,” he said. “And that’s a core proposition that is false. Neither logic nor evidence support that proposition,” even though Republicans still talk about it and campaign on it. “So, we’ve just spent a decade chasing that mirage that can’t be there.” He would rather see leaders tackle cost and quality.

Baicker warned against focusing too narrowly on prices, or price setting. That’s important – but the intensity and quality of care also matter. In health care, even when you compare apples to apples, you aren’t really comparing apples to apples. Hospital A may charge X for a one night stay, and Hospital B may charge 2X for a night for an identical patient – but that doesn’t tell us about either quality nor intensity of care (how many and what kind of service that patient gets – and which ones were needed). So solutions aren’t addressing prices alone but “aligning incentives for physicians, and hospitals and manufacturers and patients to allocate health care dollars” where they improve health as much as possible, she said.

“There’s ample evidence we that we should be getting a lot more health for all the money that we’re spending,” she said.

“Market forces are far from sufficient to drive us towards high value use of our health care resources. But I want to make sure we don’t ignore quantities. We are surely spending too much on some areas of health care, and too little on others,” she said. But government intervention or regulating prices has to be done with great care. She wants to drive greater use of preventive and primary care – but also wants to make sure innovation is not squelched in the long term so we get needed treatments and medicines in the future.

Altman, who is the chair of the Massachusetts Health Policy Commission, favors moving toward some form of global budgeting, which is common in other countries. He also favors spending more on social determinants of health. And he warned against slashing government health care prices without thinking about where the costs get shifted to. IF you cut Medicare rates, for instance, they “pop up” on the private insurance side. It’s more cost shifting, not cost saving, in this case from the public to private payers.

Massachusetts hasn’t moved to a global budget, but is has put its system under a benchmark, he noted. All components of the health care system must work within a constrained revenue environment. “And you know what,” he said. “It’s working. It’s not working fantastically, but it’s working.” Massachusetts is still a high cost state but the rate of growth has slowed. It’s now the fourth-lowest growth rate in the country, he said. “If we don’t focus on the revenue, you won’t never be able to seriously deal with the prices and the cost.”

Blendon noted that the public is focused squarely and exclusively on prices – from drug companies, insurers, hospitals and doctors in that order. “Price, price, price, price. It’s everybody’s prices.” They aren’t focused on demographics and an aging population. They aren’t focused on overuse, or utilization patters, or using expensive newer tech and drugs when older cheaper ones do just as well. It’s all prices. (See the recent Politico- Harvard T.H. Chan School of Public Health poll on this – poll here, story here.) He also predicted that at some point in the next three or four years, voter concern about prices will have reached the point where Congress may – finally – have to act.