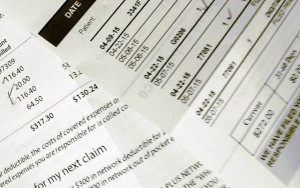 Because what Americans care most about is cost – and we can’t fix the rest of our coverage problems without also addressing cost. And we, as a nation, are not really talking about cost. The president’s budget would slash entitlement spending, particularly on Medicaid. But like all presidential budgets – it’s not going to pass and lowering federal spending on old, poor and sick people isn’t going to make the costs of taking care of old, poor and sick people go away.

Basically, we’ve got two kinds of cost problems – what people pay out of pocket (or what people can’t afford to pay out of pocket which means they simply skip care.) That’s what individuals and families worry about. And then there’s what the country is spending on health care – nearly one-fifth of our entire economy goes to health care. That’s what keeps health economists up at night – $3.7 trillion a year.

That’s unsustainable (although as one health care expert emailed me after I recently wrote about  costs  for Politico – he’s been hearing that it’s “unsustainable” for 30 years, so maybe we’ve actually decided to sustain it.)  Spending between 17%-18% of GDP on health care squeezes out other priorities whatever those priorities may be – for individuals and families, or for the country.

Proposals to address surprise bills and start tackling drug prices aren’t unimportant. Depending on whether Congress succeeds in passing legislation and how far-reaching the new laws are, they could help people and, possibly, change some of the incentives for some aspects of care. But it’s not enough to change the trajectory of the whole $3.7 trillion system.

Both Democrats and Republicans have proposals focused on the Affordable Care Act. The Democrats want to expand subsidies and stabilize the markets – and that could increase competition and bring down premiums or at least make them grow more slowly. But we forget that for all the political noise, the ACA markets are still a small piece of the health care system (even though the law gives protections and improves coverage for all).  And while these fixes would help patients and consumers – it shifts the costs to the taxpayer, it doesn’t really lower overall costs in significant enough ways.

Republicans have more or less recognized they can’t repeal and replace the ACA – although conservative states’ attorneys general now backed by  the Trump Administration are fighting it in court again.  But through regulatory moves, the administration has created alternative health plans that aren’t compliant with the ACA coverage and benefit rules. That means they are cheaper – but they cover a whole lot less for people who do get sick. And by pulling some of the younger and healthier people out of the ACA-governed markets, they leave older and sicker people in those markets, and their costs go up.  So again, it’s not addressing the national health spending trajectory – and to a degree it shifts costs from the healthy to the sick.

One of the few legislators who is taking a big picture look at the  overall cost issue is Lamar Alexander, the Tennessee Republican chair of the Senate HELP Committee who is retiring, and who may want this to be a legacy issue (and it’s easier to take on entrenched interests if you aren’t running for office again – although hundreds of other legislators whose support he’ll need are running again.) “The hard truth is that we will never get the cost of health insurance down until we get the cost of health care down,” Alexander wrote as he sought expert advice.  Bringing down costs in smart ways that promote quality and efficiency isn’t easy – if it were, we’d have done it by now.

I recently moderated a webinar on precisely these challenges recently at the Harvard T. Chan School of Public Health. We’ll hear what the experts have to say in part two of this post …