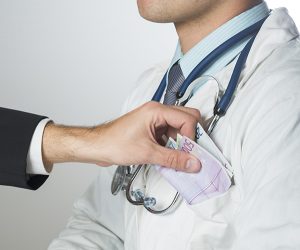 Hilton Head, N.C., might not be the first place that comes to mind when someone asks about social determinants of health. But obviously, behind the scenes of every rich sunset are the people who make the resorts run. And they need health care.

In Hilton Head, though, trouble is on the horizon in the form of concierge medicine, which threatens care access for people who can’t afford to pony up.

Covering the issue in their Feb, 8 story in The Island Packet, Alex Kincaid and Katherine Kokal talked to one new resident who had to call 14 clinicians before he could find one who’d take a non-concierge patient. The model involves paying the doctor extra — sometimes thousands of dollars — a year for “concierge” service medical care. This care can include everything from 24-hour access to the doctor to house calls, Kincaid and Kokal report. They quote the editor of Concierge Medicine Today as calling this emerging tier of medicine a “national trend.”

From that editor’s perspective, and perhaps the clinicians’, as well, this “model” of care is grounded in offering health services with a dose of hospitality. But from the perspective of people who need care yet are encountering an ever dwindling number of primary care physicians in many places, it’s an enormous, sometimes insurmountable obstacle.

And it definitely separates the haves from the have-nots. A case study published by Capital & Main reporter Rex Weiner in 2016 revealed exactly that outcome at the University of California, Los Angeles. Some people showed up as regular folk and got the kind of care regular folk have come to expect. But people who could name the right names or flash a special gold card would get white-glove treatment from intake to discharge. The care system also offered special VIP care packages, such as a $5,500 complete physical that included a round-trip ride in a Town Car.

Bioethicist Arthur Caplan, quoted in Weiner’s story, calls concierge medicine “fundamentally unjust.” For journalists interested in pursuing the numbers and stories that are relevant to that claim, there are a number of stepping-off points.

For background on the culture of concierge, look no further than their own trade magazine, Concierge Medicine Today. It has more to offer than that pulse of concierge medicine — the site announces institutions that have adopted concierge, which can give regional and local journalists a starting point. But it also points to some layers to the concierge story beyond the reflexive “this is for rich people” take, including aspects of telehealth delivery. Largely, though, you’ll find some general cheerleading for the concierge approach.

Another starting point is to search in your area or make some calls. In wealthier enclaves or places where medical care is hard to come by, such as Hilton Head, concierge is one tactic clinicians turn to as a way to ease their workloads. By going concierge, they can limit their patient roster without taking a hit to their wallet.

An even more human-element story addresses what happens to existing patients when their doctor goes concierge on them, as happened to this couple in Tennessee. As Brandon Richard reported for KFVS-Cape Girardeau, Mo., the husband and wife are retired and on a fixed income. They can’t afford their clinician’s newly introduced $1,800/year retainer fee, and the husband is dealing with dementia and cancer follow-ups. Richard also highlights the positive aspects some people see in concierge medicine, including data suggesting that people who go this route may have better outcomes than people in traditional primary care (no word on controls for socioeconomic status).

And there are the arguments that concierge promoters want to make, that the practice isn’t “wealth care” but another way to access prompt, personalized health care. Or, as one CEO of a concierge service provider tried to sell it in 2015, “it is not something that everybody can afford … but it is affordable health care.”