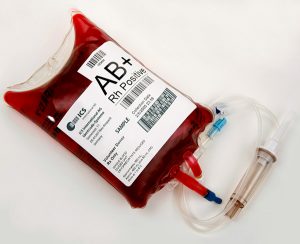 It seems we just can’t shake our obsession with youth or the idea or living forever. While the field of geoscience is legitimately working on ways to age longer and healthier, some companies are marketing unproven, potentially risky transfusions of “young blood” to those able to afford it or willing to ignore questionable and unproven claims behind the process.

“Today, we’re alerting consumers and health care providers that treatments using plasma from young donors have not gone through the rigorous testing that the FDA normally requires in order to confirm the therapeutic benefit of a product and to ensure its safety. As a result, the reported uses of these products should not be assumed to be safe or effective. We strongly discourage consumers from pursing this therapy outside of clinical trials under appropriate institutional review board and regulatory oversight,” the statement said.

In addition to promoting longevity, some of these unregulated companies are also touting plasma infusions as a means to cure, mitigate, treat, or prevent conditions ranging from Alzheimer’s disease to multiple sclerosis to Parkinson’s disease and PTSD.

Mostly, they’re simply selling false hope to desperate, gullible people, hoping for a miracle cure.  This story from Stat looks at some of these companies and their offerings.

Media coverage of this warning ranged from a straightforward article in The Washington Post to downright creative ledes, sure to grab readers’ attention, like this one from Forbes contributor Bruce Yee:

There are some sayings that you shouldn’t take that literally such as “bleep hit the fan” and “need an infusion of young blood.” If you are thinking of throwing excrement at a fan, don’t.

The thing is, aging researchers actually are working on young blood transfusions, in animals. But it’s not yet ready for prime time, according to Steve Austad, Ph.D., chair of the Department of Biology at the University of Alabama, Birmingham, and scientific director of the American Federation of Aging Research. “There’s incredibly impressive animal work on this. We don’t know if it’s going to work the same on people or not,” he said in a recent phone interview.

“My problem comes with people who are claiming we already know, so come over here. People so desperately want to stay young longer, that they’re willing to suspend their normal disbelief for stuff like this,” he said.

Researchers at Stanford University have conducted a very small trial in humans (18 people) which showed some promise in people with Alzheimer’s, but it is much too soon to draw any broad conclusions, they said.  However, that doesn’t stop dodgy entrepreneurs , who will take advantage of any glimmers of progress, as this headline in the Huffington Post warned:

He Hawks Young Blood As A New Miracle Treatment. All That’s Missing Is Proof.

—Jesse Karmazin claims he can fight aging, and a lot of people want to believe him.

Or another story from Stat, which pulled back the curtain on a $195-a-plate gala in West Palm Beach, Fla.  Marketers warned upscale attendees, primarily baby boomers, they were running out of time, “It offered a striking view of how promoters aggressively market scientifically dubious elixirs to aging people desperate to defy their own mortality,” reporter Rebecca Robbins wrote last year.

The FDA letter cautioned consumers there’s no compelling clinical evidence that these approaches work. “Simply put, we’re concerned that some patients are being preyed upon by unscrupulous actors touting treatments of plasma from young donors as cures and remedies. Such treatments have no proven clinical benefits for the uses for which these clinics are advertising them and are potentially harmful. There are reports of bad actors charging thousands of dollars for infusions that are unproven and not guided by evidence from adequate and well-controlled trials.” Additionally it could discourage people from seeking known safe and effective treatments for these conditions, the letter said.

But some people are so desperate, they’re willing to try just about anything, no matter the cost.  “It’s unfortunate and certainly bedevils the field. People have a really tough time distinguishing what’s real and what’s hype,” Austad said.

As with any new treatment, and especially anything called “breakthrough” or “miracle,” journalists must continue to ask the hard (and not so hard) questions: What’s the evidence?  Show me the studies. But it’s OK to have a little fun with the writing process, if it helps get the message across.

Perhaps my favorite is this story by David Lazarus for the Los Angeles Times:

The federal government finally took a stand this week on vampires feasting on the blood of the young.

It’s against the practice.

The accompanying headline and suitably scary vampire photo is sure to make any reader dig deeper.

Journalists may want to check out the AHCJ Medical Studies area or attend the Mastering Medical Studies panel at AHCJ19 for a refresher on differentiating solid scientific research from questionable claims and how to cut through the hype.

This tip sheet on questions to ask at medical conferences may be especially helpful for reporters new to the beat.