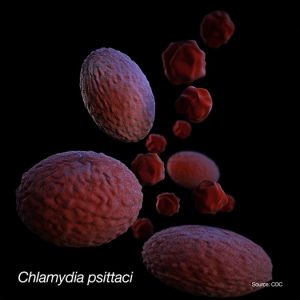 As sexually transmitted diseases, like chlamydia, gonorrhea and syphilis, have surged 31 percent over the past five years, states are relying more than ever on disease detectives to halt that spread.

These detectives are called “disease intervention specialists.” They are trained to track down and counsel people who have been diagnosed with STDs and anyone they have had intimate contact with. The aim is to ensure everyone is tested and treated, preventing anyone else from getting the STD.

“These are the folks that are the hidden warriors of STDs,” Jeff Stover, operations director of population health at the Virginia Department of Health, said during a podcast sponsored by the Association of State and Territorial Health Officials. “They are… on the front lines interviewing individuals…and doing their best to ascertain risk behaviors and to track down potential partners who may be at risk. They are really important in the fight to prevent STDs.”

State public health departments have deployed these disease detectives for decades, specifically to help them with contact tracing of STDs and tuberculosis outbreaks. There are about three dozen different STDs, which are diseases spread through intimate and sexual contact. Among the STDs that disease detectives might investigate are syphilis, gonorrhea, chlamydia and HIV, which are all required by federal law to be reported to state public health officials.

About 20 years ago, public health departments had enough money to employ 4,000 disease intervention specialists, but ongoing federal and state budget cuts have reduced their numbers to about 1,400, according to David Harvey, executive director of the National Coalition of STD Directors, which represents STD public health leaders.

Harvey blames a part of the recent surge in STD’s on cuts in public funding.

“There has literally been no federal increase by the U.S. Congress in 18 years in STD prevention programs,” Harvey told AHCJ members during a November 2018 webcast. “What this means is that there [has been] a 40 percent reduction in [STD prevention] since 2003, so we think there is a direct connection between the syphilis epidemic and falling funding levels.”

Two recent stories on these disease detectives illustrate the challenges and importance of their work. In September 2018, Oregon Public Broadcasting reporter Kristian Foden-Vencil, spent time with Liz Baca, a disease intervention specialist with Oregon’s Clackamas County and Mary Horman, a registered nurse, as they worked to track down syphilis patients and their partners. They knocked on doors; made lots of phone calls, and worked to get people to tell them private information.

Most patients who have syphilis are asymptomatic, but it can cause a host of health issues, including infertility and blindness. Syphilis was nearly eradicated in the U.S. by 2000, but it has come roaring back. Syphilis cases are up 76 percent and gonorrhea up 67 percent in 2017, in comparison to five years ago.

In August 2017, New York Times reporter Jan Hoffman followed Erinn Williams in Oklahoma City, as she worked to stop the city’s syphilis outbreak. Sometimes she was able to get people treated, and sometimes she wasn’t.

“The people we see don’t get a lot of caring in their lives,” Williams told Hoffman on why she keeps doing her work. “If we go to see them over and over, that builds its own kind of trust. It shows that we care about their health. And that we won’t give up on them easily.”

For journalists who might also be interested in writing about STD’s, consider following a disease detective. For more ideas, take a look at our new tip sheet on covering STDs.