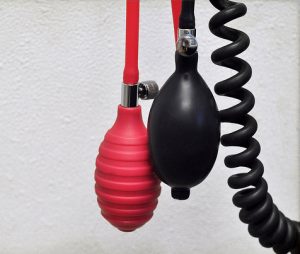 HHS has proposed a new rule that would make it easier for employers to help their workers cover medical expenses by using health reimbursement accounts (HRAs).

The proposal would allow employers to subsidize employees who buy their own health insurance either on or off the Affordable Care Act marketplaces. Employers who cover their workers — and that’s been more stable than many expected under the ACA — could give employees up to $1,800 a year (indexed to inflation) to finance HRAs, which are tax-advantaged accounts. That would go toward out-of-pocket costs.

The Treasury Department estimated that 10 million employees would eventually get coverage through HRAs. About one million of them currently are uninsured, it said.

The administration said that its HRA plan, which is a form of premium support, would include steps to make sure that businesses don’t dump their least healthy workers into ACA exchanges while directing the healthier ones off exchange. Any company that offers the HRA option will have to make them available to an entire class of workers.

The HRAs would be tax-exempt for employees, and the employer would get a deduction. (They are not the same as health savings accounts (HSAs), although there are similarities. All the money in an HRA comes from the employer, and the HRA does not follow the worker if he or she leaves the job)

Julie Appleby of Kaiser Health News reported that some experts think the option will be attractive to businesses and could end up strengthening the exchanges if — and it’s still an if — more healthy workers and their dependents end up on the exchange markets.

“These people coming in will be employer-sponsored, they’ll have steady jobs,” John Barkett, senior director of policy affairs at benefits consultant Willis Towers Watson, told Appleby. He said they would likely stick with coverage longer than those typically in the individual market.

However, if the employers that take this option have mostly older or sicker workers, it could have the opposite effect, driving up premiums and worsening the risk pool.