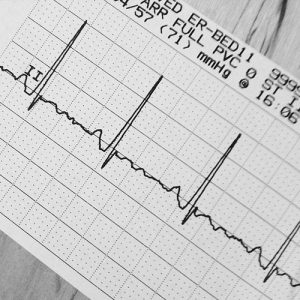 When Noam N. Levey was preparing to write about association health plans for The Los Angeles Times, he mined one of the best sources available: the comments on the federal Department of Labor’s site.

The comments on proposed DOL rules on the shed light on how health insurers and other organizations viewed how AHPs would work. When the department issued the final rules in June, Levey was prepared to write a well-sourced article about the advantages and disadvantages of AHPs.

The DOL’s final rule on association health plans has the rather awkward title of Definition of “Employer” Under Section 3(5) of ERISA-Association Health Plans.

For a good overview of the strengths and weaknesses of association health plans, see my colleague Joanne Kenen’s blog post about AHPs. She reports how they’ve been around for a long time, how the Obama administration tightened the rules on AHPs and didn’t allow their expansion and how the new rules exempt AHPs from key requirements under the Affordable Care Act.

In covering some of this same territory, Levey draws on comments from industry insiders. “I reviewed the comments before the final rule came out, in large part because I thought they would be more relevant and timely to report on before the labor department issued the final rule,” he told me by email. Levey did the same for his story about a proposal that the federal Centers for Medicare and Medicaid Services issued on short-term, limited-duration insurance.

Levey, a national health care reporter at the Times’ Washington Bureau, found the process of reviewing and writing about the comments for both AHPs and short-term plans to be well worth the effort.

“It was a time-consuming process, although more so for the short-term plan proposed rule because there were many more comments and CMS, unlike DOL, makes it very difficult to review comments because they are not posted in an easily accessible and easily sorted way,” he wrote. “That being said, it was a very interesting process and provides an excellent view into where stakeholders stand on important issues.”

In his article about AHPs, he wrote, “A Los Angeles Times analysis of official comments filed with federal agencies found that more than 95 percent — or 266 of 279 — of the health care groups that filed comments about the proposed association health plan regulation expressed serious concern or opposed it.”

His analysis of the comments is important for many reasons, not the least of which is that the comments contradict positive statements that Labor Secretary Alex Acosta and President Trump have made about AHPs.

Reporting from Levey and other journalists shows that AHPs offer some protections for small businesses and the self-employed because the regulations prohibit AHPs from denying coverage to sick consumers or charging more to those with preexisting conditions. However, AHPs also may leave those who buy these plans with inadequate coverage and have had a history of fraud and instability because they sometimes have been unable to cover the complex health needs of many sick insured individuals.

How each state regulates these plans will be an important topic for health care journalists to cover. Some states are likely to require health insurers to continue to offer certain minimum health benefits, but other states may not. In this latter group of states, plans with fewer benefits could proliferate and segment the market. In a segmented health insurance market, healthy individuals would choose the less expensive AHPs while those who are sick would choose the more expensive health plans that provide comprehensive coverage.

A new AHCJ tip sheet provides avenues for reporters to explore when reporting on this insurance product in their community.