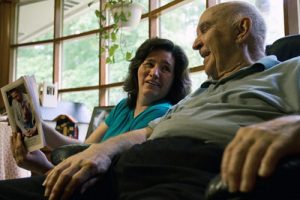 Caregivers seeking a long-term facility for their loved ones often have little idea about how to evaluate certain issues that can’t be easily quantified. Are the aides kind and attentive? Do residents easily make friends? Are calls and queries handled promptly and efficiently? Will Mom or Dad really be OK?

Enter crowdsourcing. Just as they would for restaurants, movies, or vacation spots, more consumers are turning to review sites such as Yelp for the skinny on many intangible aspects of nursing home care that government databases leave out. “Yelp for Nursing Homes” has been gaining in popularity over the past few years. However, there haven’t been any studies to examine what consumers say in these reviews.

These crowdsourced reviews tend to focus more on staff attitudes, staff responsiveness and the physical facility itself than government review sites do, according to a study by researchers at the University of Southern California’s Leonard Davis School of Gerontology. Analyzing themes addressed in these reviews could help improve patient-centered nursing home care.

“Yelp reviewers are looking at different aspects of care than the government reviews,” said Anna Rahman, an assistant research professor at the school. “People want to know: How homey is it? How nice is it inside?”

Accurately interpreting the various data from CMS’ Nursing Home Compare or Pro Publica’s Nursing Home Inspect can be difficult, and often overwhelming for the average caregiver. Also, measures such as nursing home star ratings can be unreliable because they don’t paint a full picture, as AHCJ previously reported. Families instead rely on word of mouth, clinician recommendations, or a “gut” feeling during an initial visit. That can leave lots of room for doubt, especially for those who are unfamiliar with the health system or its jargon. But Yelp? That’s a familiar and comfortable tool for millions.

Rahman and a team of researchers evaluated 264 Yelp reviews of California facilities, grouping reviews them into five categories: the quality of staff care and staffing, physical building and setting, resident safety and security, clinical care quality and financial issues. They used data collected in 2014 by the California Office of Statewide Health Planning and Development for a geographically diverse sample of 51 skilled nursing facilities, small and large, that had been rated on both the CMS site and Yelp. Small facilities averaged 58 beds while large ones had about 116 beds.

The analyses confirmed earlier research showing that Yelp reviewers tend to focus on subjective experiences of health care, such as the reviewer’s personal assessment of staff attitudes, physical setting and the cost of care. Yelp reviews of hospitals do a commendable job in ranking them by what matters to patients and families, as one STAT article found.

The USC gerontologists noted that such aspects of nursing homes are not rated on Nursing Home Compare. Instead, the federal site focuses on clinical issues such as infections and the use of restraints for some patients.

“Yelp is not focused on the clinical aspects of care, such as how often are staff turning residents with pressure sores, and did patients get their pneumonia shot or the flu shot,” Rahman said. “We found that what is most important clinically to Yelp reviewers is whether their loved one got better.”

Nearly 15 percent of the Yelp reviews mentioned whether their loved one’s condition improved or worsened while at a particular facility.

This was a small study and focused only on facilities in California. But it points to how reliant family and patients are becoming on the collective wisdom of virtual strangers that address qualitative, but significant aspects of care for families and patients. It also confirms that when searching for nursing homes, hospitals or other care needs, crowdsourced data can be as influential for some people as more traditional data points. Researchers emphasized the importance of turning to multiple sources to make a well-informed decision about nursing home care.

For their own reporting, journalists may want to peruse Yelp or other crowdsourced sites for consumer feedback about local nursing homes. How do they compare with CMS ratings? Talk to some of the reviewers and find out what may be going on day-to-day.