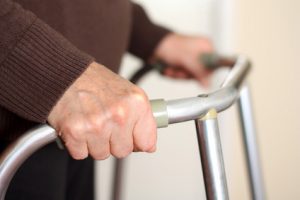 OPTIMISTIC is a Centers for Medicare and Medicaid (CMS) demonstration program designed to improve chronic disease management and boost staff education and training.

The program, developed and implemented by clinical researchers from the Indiana University Center for Aging Research, reduced these events a striking 33 percent, according to the analysis by RTI International, a Massachusetts-based, independent, nonprofit research institute.

RTI’s report also found that OPTIMISTIC eliminated nearly one in five of all hospitalizations – both avoidable and unavoidable. Medicare expenditures fell $1,589 per nursing home resident per year, resulting in a spending reduction of nearly $13.5 million overall and a net savings of over $3.4 million from 2014 to 2016. The review was prepared at the request of the Center for Medicare and Medicaid Innovation (CMMI), which funds OPTIMISTIC.

It’s one of seven demonstration projects across the country supported by CMS Innovations through the Initiative to Reduce Avoidable Hospitalizations among Nursing Facility Residents by placing additional resources in nursing homes. Other demonstrations are taking place in Alabama, Nebraska, Nevada, Missouri, New York City and Pennsylvania. The report analyzed year three of these demonstrations, which took place in 2015.

Long-stay nursing home residents typically have high rates of multiple chronic illnesses including dementia, according to Kathleen Unroe, M.D., a scientist at the IU Center for Aging Research and Phase I principal investigator. “Keeping these complex patients in the nursing facility is often the right choice. There is a lot of care we can provide in the nursing facility setting – a familiar place with staff and providers who know them – that spares the resident and their family the difficulties associated with a transfer to a hospital. When we can do that safely we should,” she said in a statement.

The care of long-term nursing home residents with these conditions is often fragmented by hospitalizations and re-hospitalizations which is especially burdensome to frail older adults. The likelihood of reduced functioning and overall negative impact on their health after discharge from the hospital is significant.

As this story describes, CMS research has estimated that up to 45 percent of hospitalizations of nursing facility residents could be prevented with well-targeted interventions, saving billions in annual Medicare spending.

OPTIMISTIC is now in Phase II, which added 25 additional nursing homes throughout Indiana to the 19 that participated in the initial phase. They are implementing a new payment model which incentivizes nursing facilities, as well as their medical staffs, to provide higher levels of care on site rather than sending residents to the hospital.