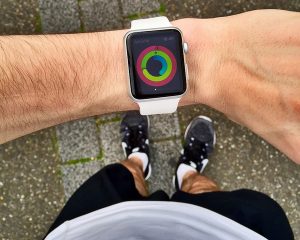 Tech giants Amazon and Apple both made waves in recent weeks for announcements that some interpreted as a first stab at disrupting the health care sector.

Plenty of observers have offered opinions on whether tech companies can truly shift the (often frightfully unmovable) machinations of the health care system.

Let’s take a look at the reality and how journalists might find fresh angles in the months ahead.

For Amazon, the joint announcement between Amazon, Berkshire Hathaway and JPMorgan was vague but it said the goal of the venture was to improve patient satisfaction and lower costs for the companies’ own employees. The focus would be on “technology solutions,” according to the press release.

Employers have long used their own workers to test out new models of care delivery and the restructuring of benefits to see if they achieve desired results. Many companies large and small have tried health coaches, wellness programs, on-site health clinics and weekly farmers markets to improve the health and satisfaction of their workforces – with mixed results.

However, Amazon and its partners do have deep pockets to acquire technology that they think could improve satisfaction and lower costs. How this translates to the general public is anybody’s guess.

The low hanging fruit of technology disruption of health care to potentially improve satisfaction and reduce costs are telehealth and remote patient monitoring. Some have speculated that Amazon and partners will start in that direction. They may also partner with tech savvy medical groups (perhaps Forward Health or One Medical) to deliver non-emergency care, for instance.

The venture raises more questions than it answers. Considering Amazon’s size, other large employers, insurers and health systems across the country will be monitoring results and could replicate their moves.

As for Apple, the company announced in late January that it would bring patient health records to the iPhone. This followed the Food and Drug Administration approval late last year of the first medical device accessory for the Apple Watch, an EKG reader.

The health records piece is a step forward because it gives individuals more power over their health information, and their records will travel with them. This type of portability has long been sought but difficult to obtain because of lack of interoperability between hospital and medical group records’ systems. It will be interesting to see whether patients use the new feature, and how many medical institutions and EHR companies sign on to participate. If the records aren’t comprehensive or helpful in making care decisions, patients won’t use the feature. Reporters can see the list of initial participating health systems here.

On the Apple Watch news, it’s another example of the hope and hype around wearable devices. Once again, it’s up for consumers to actually use the product to collect the data, and its up to providers to include that data in care decisions. None of this is yet certain.