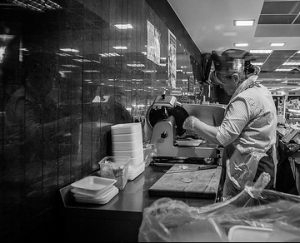 The Trump administration opened the door to requiring work rules for recipients of Medicaid, the joint federal-state health insurance program for the poor and disabled. While such changes will inevitably affect some people’s access to the government coverage, it remains unclear what impact it could have on their actual health.

“The idea behind the change is that requiring work will help move more Medicaid beneficiaries into the workforce and out of poverty. And, legally, it rests on the contention that the requirements themselves will make those people healthier since improving health is the stated purpose of the Medicaid statute. There is not strong evidence for that contention,” she wrote in her recent piece, “Can Requiring People to Work Make Them Healthier?”

Under the Republican administration’s proposal, states could require recipients to work, get job training or volunteer to have Medicaid health insurance coverage.  The overhaul would have to implemented by the Centers for Medicare and Medicaid Services under the U.S. Department of Health and Human Services. President Trump’s nominee to oversee the department has indicated that he would support overhauling Medicaid.

At least 10 states are seeking to implement such changes and others, such as Alabama, have signaled they plan to do so, although they could face legal challenges. Kentucky became the first to get its proposal approved.

Critics of the move say it will lead to fewer people with coverage, worsening their health and making it harder for them to work.

Supporters say requiring work for Medicaid recipients is a moral argument for people receiving government assistance to contribute back in some way. But Sanger-Katz notes that the Trump administration must undertake the changes under current law via state waivers and thus “is making a different argument.”

“Medicaid has a lot of rules about whom it must cover and what services must be included, but it includes a very broad exemption,” she wrote. “States that want to undertake demonstration projects that may further the goals of the program can waive many of the normal rules. But the Medicaid statute doesn’t include promoting work as one of its explicit purposes, which is why the document is trying to make a connection between a requirement and health.”

Modern Healthcare’s Harris Meyer also looked at how the changes could impact recipients’ ability to get care for mental health or substance abuse.

“Among other things, states will have to exempt people who are ‘medically frail’ and make accommodations to allow people with substance abuse disorders to keep their coverage. There is no explicit exemption for people with mental health conditions. There is particular concern about access to substance abuse and mental health treatment, even though the CMS said it will require states to make accommodations for people with addiction disorders in recognition of the national opioid epidemic. Complicating matters for providers and patients is that the CMS will allow each state to establish its own rules and definitions for applying the work requirement to people with substance abuse, mental illness and other health conditions.”

People with disabilities, pregnant women, seniors and children also will be exempt, according to the administration’s proposal.

2 thoughts on “How Medicaid work rules could impact public health”