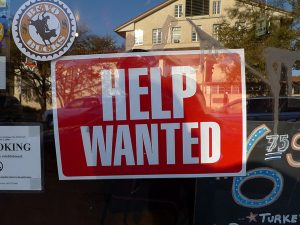 The Trump administration in January gave a long-expected approval for states to proceed with work requirements for their Medicaid beneficiaries, via this guidance; Kentucky was the first to get its waiver approved and other states have waiver requests at various stages in the process.

At the bottom of this post are two important points being missed in much of this national discussion: how many people on Medicaid already are working and also how, perversely, some people may lose health coverage in non-expansion states when they get a low-wage job without benefits. Details of these new work requirements will vary from state to state – and the details will matter a lot. We’ll come back to this as we learn more as states implement these programs in the coming months, but here are some thoughts to get started with, mostly courtesy of a report from the National Academy of State Health Policy and this issue brief from the Kaiser Family Foundation. (NASHP also has a helpful summary of the Kentucky program.)

Even without all the state specifics, we have some general idea of how these programs will work under the vision outlined by CMS.

Who is affected: In some states, “able-bodied” people covered through Medicaid expansion would be affected. In other states, certain traditional (non-ACA expansion) people could be affected too.

Who is exempt: People who are “elderly,” pregnant women, certain disabled people, the “medically frail” and people with “acute” medical problems. Some people who are family caregivers also will not have to fulfill outside work requirements. There also may be some rules to allow people to count opioid addiction treatment instead of work. (Remember, you and I might take a look at someone and consider them “disabled,” but they may not meet the legal criteria or are in the backlog of court cases waiting to be heard on their disability status)

What do they have to do? Provide 80 hours a month of work or “productive” community activity.

What counts as “work” or “community engagement”? That will vary from state to state, although CMS has indicated paid work should not be the only criteria. The Kaiser issue brief includes a table about how some states may count volunteering, education and job training.

How will states implement this? This is TBD, and there could be significant state staffing needs and costs. However, Temporary Assistance to Needy Families (TANF) programs and in some states SNAP (aka: food stamps) also have work requirements, so the rules and verification systems will need to be aligned to a degree. CMS says that anyone who is complying with those rules – or is exempt from them – should be deemed as meeting the Medicaid rules. States have to help connect people to work and engagement but can’t use federal Medicaid funds to pay for things like child care or transportation. Medicaid recipients also will have to document how they are fulfilling the requirements – perhaps as often as monthly. Even if the recipient is working or doing community engagement, if it is not correctly documented at the prescribed intervals, they could lose coverage for several months.

One big thing to remember: Most nonelderly Medicaid adults already are working or face significant barriers to work. The KFF report cites an estimate that the new work requirements would affect just 7 percent “of the population to whom work requirement policies could be directed, including those who report they are not working because they are looking for work and unable to find a job.

Another big thing not well understood: Some recipients who get jobs could end up making just enough money to boost their income to where they would no longer qualify for Medicaid – even if their low-wage jobs don’t provide health insurance. In Medicaid expansion states, the working poor still can get Medicaid if they cannot get employer-sponsored coverage. But in non-expansion states such as Kansas and Mississippi (which have low eligibility thresholds for Medicaid), they do not have that choice. These people would now be working – but left uninsured.