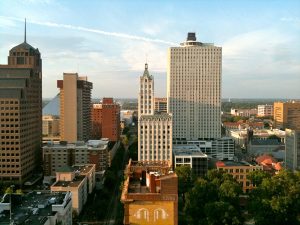 President Trump says he wants to encourage the formation of “association health plans” that would better enable small employers to band together to purchase more affordable health insurance in the large-group market. On Jan. 4, the Department of Labor published for public comment a proposed rule for such entities, also known as small business health plans.

What will these health plans, which typically would organize under the umbrella of a trade group or other association, look like?

Erin Mershon of Stat found one possible example at the Tennessee Farm Bureau. In a new “How I Did It” essay, she explains how she reported the November 2017 story, which was done as a part of a yearlong AHCJ Reporting Fellowship on Health Care Performance, supported by The Commonwealth Fund.

The Farm Bureau Health Plans predates the Affordable Care Act and is exempt from ACA rules and standards – as the AHPs will be, by and large. The farm bureau exists parallel to the ACA individual market, but according to different rules. It does not have to cover all the ACA benefits (though the farm bureau plan largely does). The plan does not have to accept everyone – it can and does reject people with pre-existing conditions, such as Phil Yates, a 61-year-old man with diabetes featured in Mershon’s story. But once people are covered, they will not get tossed off if they get sick. (According to the proposed rule, the AHPs cannot exclude people based on health status, but can design their plans in ways that deter higher cost, sicker patients).

The Tennessee plan attracts healthier people as a rule – meaning older and sicker ones face higher costs in the exchanges. This is exactly what ACA defenders worry about.

The Tennessee plan, Mershon found on her travels in Tennessee, is not the perfect and affordable solution that the Republicans tout. Too many people are left out or unprotected. But nor does it justify every fear or attack line of the Democrats. How much the other AHPs will look like the Tennessee program – and how much they differ and how well they cover people – is something we’ll all learn more about in the coming months.