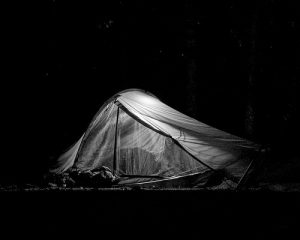 The deadliest outbreak of hepatitis A in the country flaring in southern California stems from a confluence of factors, from a lack of affordable housing and accessible health care to a shortage of public restrooms. But could other cities across the country face a similar crisis?

In Washington, D.C., outdoor retailer REI recently launched a new flagship store in the eastern part of the nation’s capital. But just outside the store, in a gentrifying neighborhood about one mile north of the U.S. Capitol, a tent city has sprung up “along the underpasses squeezed between some of the newest money in town,” according to local columnist Petula Dvorak.

Dvorak, writing in The Washington Post’s Metro section, noted that while officials report a decline in the city’s homeless populations the rate is still twice the national average. And while parts of Northeast D.C. are seeing a housing boom, “all those cranes … are not making homes for working class families,” she wrote.

And underneath Dvorak’s Dec. 14 piece? A story about how Washington’s housing market is so tight, developers are turning to historic alleyways to squeeze in new abodes. But such residences – some selling for nearly $2 million – are unlikely to solve the city’s affordable housing puzzle, experts told the Post.

Another piece ran the next day, this time an op-ed lamenting the lack of public restrooms in the nation’s capital, prompting at least one letter to the editor citing concerns over their use for illicit purposes, among other worries.

The combination of housing and restroom woes might sound familiar to those in California’s southern coastline.

But as The Huffington Post’s Lauren Weber and Alissa Scheller recently wrote, the uptick in hepatitis A cases is not just confined to the so-called Golden State. The percentage of increased reported cases has also soared in Kentucky, Michigan, New York and Florida as well as Utah, Colorado and Arizona.

“Experts have been unable to pinpoint the reasons for this year’s explosion of cases from Michigan to Colorado, other than noting unsanitary conditions in some of the homeless and illicit drug-using populations that are primarily affected,” they wrote in their November piece.

Homeless encampments act “kind of like a refugee camp in that sense in that it’s perfect for the transmission for disease spread through fecal matter,” Seattle’s public health officer Dr. Jeff Duchin told Huffington Post. That city, however, has the third-largest homeless population in the country but no big increase in hepatitis A cases, Weber and Scheller reported.

Vaccine shortages, a lack of enough funding are also issues, they wrote, adding: “Public health officials are also seeing an uptick in outbreaks among gay, bisexual and other men having sex with men.”

“The cause of the outbreak is not yet known but officials say they’re probing a link to the ongoing opioid and heroin crisis seen across Michigan, as well as other potential exposure routes,” The Detroit Free Press wrote in December.

In California, several cities are already impacted in what health officials have said they expect to be a years-long fight, the Los Angeles Times reported. Los Angeles, Santa Cruz and San Diego are all grappling with the disease, and other smaller municipalities nearby are also gearing up, the San Diego Tribune has reported.

The Washington Post, which has also covered the hepatitis A outbreak on the West Coast, may not yet be covering the crisis closer to home. Cases in Washington and nearby Maryland and Virginia so far are lower compared to 2016, according to the Huffington Post.

But reporters in states facing an uptick may find themselves compelled to do some reporting now on the homeless, efforts to combat housing costs, whether homeless encampments are on the rise and any possible policy solutions. What vaccine efforts are underway, if any? How much of the concern is linked to housing versus rising drug use or other factors? Check in with public health officials, local epidemiologists, homeless advocates and others to see whether the potential for an outbreak is near – or if not, why not? What is working?