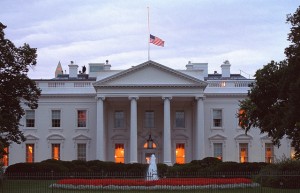 In addition, Trump directed the U.S. Department of Health and Human Services to end the cost-sharing reduction payments (CSRs) to health insurers required under the ACA effective immediately. The payments always have been controversial, and the Trump administration, in justifying its action, noted that House Republicans earlier successfully challenged them in court.

The twin blows announced Oct. 12 could unravel the ACA, driving up insurance premiums and causing health insurers to abandon the ACA marketplaces, according to coverage by Robert Pear, Maggie Haberman and Reed Abelson of The New York Times. “After Republicans failed to repeal the health law in Congress, Mr. Trump appears determined to dismantle it on his own,” they wrote.

The Trump administration will face an uphill battle to implement both the executive order and the end of the CSR subsidies, since opponents likely are to challenge them in court.

The executive order would allow employers to give workers money to buy coverage on their own rather than through the company, according to a story by Julie Appleby at Kaiser Health News. Appleby also noted that the order is designed to slow consolidation among insurance companies and hospitals. Research shows that such consolidation drives up consumers’ hospital and health insurance costs.

Adam Cancryn of Politico summed up the order succinctly: “Trump’s order directs a trio of federal agencies to rewrite regulations to encourage the rise of a raft of cheap, loosely regulated health insurance plans that don’t have to comply with certain Obamacare consumer protections and benefit rules.” Such so-called bare-bones plans would attract younger, healthier people but leave older and sicker Americans who get their coverage in the ACA’s marketplaces with higher premiums, he added in his coverage.

After the ACA went into effect in 2014, some consumers complained that their health insurance costs had risen dramatically. Many of them before had opted for bare-bones plans with strict coverage limits and/or limited benefits. Such plans tend to attract younger, healthier people and families who don’t believe they need much health care and have premiums lower than more comprehensive coverage. However, the plans can be a poor choice for anyone with a chronic or costly medical condition – and of course even healthy people bear some risk of developing an expensive or complex condition.

Any health insurance option that segments the risk pool would have an adverse effect on those who need insurance the most, as we reported in August. The minimum essential health benefits required under the ACA were designed to eliminate risk pool segmentation. When consumers can choose health plans that offer less comprehensive coverage, premiums and risk will fall for those in the risk pool with lower risks than others, but premiums will rise for those who have high health risks, Avalere’s Caroline Pearson explained.

Also on Thursday, the Trump administration announced that it would immediately stop CSR payments to health insurers required under the ACA. The payments were to total about $7 billion this year, according to an article in The Washington Post by Amy Goldstein and Juliet Eilperin. CSRs were expected to total $10 billion next year, as CNBC’s Dan Mangan reported. Attorneys general in California and New York State have promised court challenges to Trump’s plan.

The text of the executive order was not yet online as of Friday morning, but the White House announcement said the Secretary of Labor Alex Acosta had been directed to consider expanding access to association health plans (AHPs) to allow employers to form groups across state lines. It also would allow for a broader interpretation of the Employee Retirement Income Security Act (ERISA), which governs employer-sponsored health care. Such a move could “allow employers in the same line of business anywhere in the country to join together to offer health care coverage to their employees,” the White House said. Until those regulations are drafted, though, it’s hard to know precisely how the AHPs will be defined, or how broadly they will be available.

Employers almost certainly will challenge a broader interpretation of ERISA, as Jay Hancock at Kaiser Health News earlier reported. Brendan Pierson and Nate Raymond of Reuters reported on Thursday that lawyers familiar with the law warn that the administration’s plan to allow businesses to band together to buy low-cost health plans could violate ERISA. In addition, they wrote, states fighting the change could argue that Trump’s plan for AHPs oversteps its authority under ERISA.

On Facebook Live, Jay Hancock of Kaiser Health News discusses the implications and things to watch based on the Trump administration’s announcements.