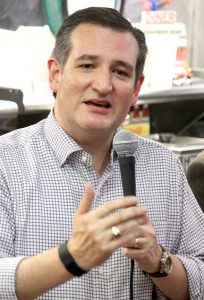 With efforts to repeal and replace the Affordable Care Act sidelined, for now, it may be a good time take a closer look at a Sen. Ted Cruz (R-Texas) proposal in case similar attempts to change insurance market regulation resurface when Congress returns from its August break.

Vox’s Dylan Scott has written that any significant reforms to Obamacare will not come until September at the very earliest, although some bipartisan discussion of ways to stabilize the individual market exchanges has begun. My AHCJ colleague Joanne Kenen in a recent blog post outlined various options going forward.

An analysis by Avalere, a Washington D.C. consulting firm, projects that Cruz’s Consumer Freedom Amendment to the Senate’s Better Care Reconciliation Act (BCRA), would lead to higher premiums within five years for individuals insured in the ACA marketplaces, plus cause an estimated 4.1 million Americans to lose coverage. Caroline Pearson, a senior vice president at Avalere and one of the authors of the analysis of the Cruz amendment, says the analysis remains relevant even in the wake of the Senate’s failed July 27 vote to repeal Obamacare.

When evaluating how Cruz’s amendment would affect insurance markets, Pearson said it is important to consider how the pool of Americans getting health insurance (the risk pool) would be segmented within the individual market. There are many ways to segment risk. Medical underwriting is the most common, high-risk pools is another way, and the Cruz amendment is a third. Regardless of the method used, the effect on the market is the same, she said in an email:

“In a market that allows medical underwriting or skinnier benefit packages, premiums and risk will fall for some in the risk pool who have lower risks than others, but premiums will rise for those who have high health risks.”

Understanding this concept is why the Avalere analysis will be important in the coming months. Under the Cruz amendment, premiums would rise for some Americans and fall for others because of how it would segment the health insurance market, according to Avalere’s analysis, which was based on the July 13 version of the BCRA.

Avalere projected that premiums for individuals whose health insurance still complied with the ACA requirements would be 39 percent higher by 2022, compared with plans currently offered. Under the Cruz amendment, premiums would be 77 percent lower by 2022 for those enrolled in plans that do not meet the ACA’s more-stringent requirements to offer a comprehensive set of essential benefits and consumer protections, including for those with pre-existing conditions.

As Robert King explained in The Washington Examiner, the amendment would allow insurers to sell cheap, bare bones plans on the individual market, including the ACA’s Marketplace, as long as they sold at least one plan that met Obamacare’s more-stringent requirements. Plans offered outside of the exchanges would be exempt from some of the ACA’s more-stringent rules, such as those regarding guaranteed issue, the prohibition against excluding individuals with pre-existing conditions, and the requirement to offer essential health benefits, Avalere said.

Sicker Americans who have subsidized health insurance likely would remain in ACA-compliant plans, the Avalere analysis predicted. At the same time, younger, healthier Americans who do not have subsidized insurance would shift to non-ACA-compliant plans. Such market segmentation would undermine one of the goals of the ACA, which is to have younger, healthier people in the risk pool to help cover the costs of older, sicker individuals.

Avalere funded the analysis. “This was self-funded work derived from our Avalere BCRA/AHCA model,” Pearson said. “To be clear, we sell output from that model to a range of clients, but they don’t get input into the modeling, and we issued this release independently.”