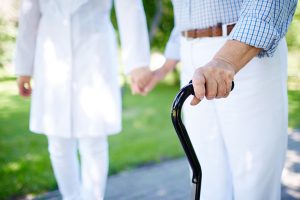 While an estimated 70 percent of older adults will need some long-term services and supports (LTSS) at some point in their lives, three out of four Americans over age 40 don’t think they will have enough financial resources to meet their health needs as they age. However, a new report concludes that improving financing and delivery of long-term care is possible — even in today’s politically charged environment.

The report from the Bipartisan Policy Center (BPC), a nonprofit think tank, offers several recommendations which address opportunities for federal and state governments and for individuals to meet the growing long term care needs of the aging U.S. population.

The BPC recommends allowing penalty-free purchase of private long-term care (LTC) insurance, permitting individuals to withdraw retirement savings as early as age 45; a beneficiary-financed Medicare supplemental benefit, offering affordable LTSS benefits through Medigap or Medicare Advantage for those not eligible for Medicaid; and a Medicare respite benefit for high needs, high cost older adults (those with three or more chronic conditions and functional or cognitive impairment) who are part of a person- or family-centered care plan.

“Medicare and Medicaid passed in 1965, and were purpose-built for 1971, a time and place that hasn’t existed for more than 50 years,” Bruce Chernof, M.D., president and chief executive officer of The Scan Foundation, which sponsored the research, said in a phone interview. “The population we’re talking about are the single most important drivers in health care and we need to have a different kind of discussion around Medicare and Medicaid.”

People are living longer, with more chronic conditions. “We need to plan for the life we’re going to live today and tomorrow, not the life that our grandparents or parents lived 20 or 25 years ago,” Chernof added.

An estimated $725 billion is spent on LTSS each year, according to the BPC. Much of that care is paid for by individuals and families, often depleting their life savings. Medicare does not pay for many long-term care needs, such as help with activities of daily living, unless skilled nursing is also required. Medicaid pays for about 60 percent of nursing home care, but that means individuals must spend down their savings to qualify.

Home- and community-based supports, including unpaid care from family members, can keep people out of costly institutional care, yet many services must be paid for out of pocket, Chernof said.

“Research shows that more than 50 percent of adults reaching age 65 will need high levels of costly assistance with daily activities such as eating, dressing, and bathing,” former Senate Majority Leader Tom Daschle, co-chair of BPC’s health project said in a statement. “The issue is becoming a national crisis and families must have better options to help cover these potentially devastating out of pocket costs.”

Those who really get hurt are individuals who make too much to qualify for Medicaid but not enough to really self-finance a long-term care policy. Chernof thinks that creating a catastrophic coverage type program for long-term care might be a viable solution. ”It’s not as politically fraught as it sounds, you just have to be clear on how you’re going to pay for it,” he said. This type of plan would “narrow that window of challenge to all economic groups, especially for folks just above the Medicaid threshold.”

A plan allowing for home- and community-based services which includes some home modifications, transportation, delivered meals and ADL services would be cost neutral, according to Chernof. It could actually take pressure off of Medicaid, by providing more flexible options for long-term care needs, without driving people into the safety net program.

Currently, when people’s social support network fails, they fall back on the acute health system, Chernof explained. “If you’re solving a social problem with an ER visit and a hospital bed, that’s not the right solution.” He pointed out that the U.S. spends about the same collectively on health care and social services for older adults as other industrialized nations, but the spending proportions are vastly different. Other nations spend more on social services, and less on costly health care — a 60/40 split, on average. In the U.S., that proportion is reversed.

The outcome of the current Senate bill, with its proposed large cuts to Medicaid, will likely determine the shape of future discussions on long term care. “I can’t understand how you can take 700 or 800 billion dollars out of Medicaid and not profoundly damage long-term services and supports, both now and in the future,” Chernof said.

Regardless of the legislation’s outcome, he thinks the BPC recommendations can spur discussion about a more comprehensive approach to aging and long term care. He said there’s a need to look at both Medicaid and Medicare more holistically, across, not just within, the programs. This includes addressing economics, housing, health and long-term care security, as a means to start reshaping the discussion.

Journalists may want take a deeper look at: