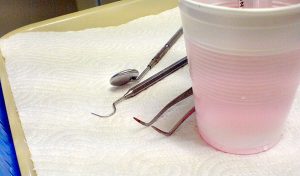 Minnesota’s first dental therapists went to work six years ago. Now approximately 70 of the licensed midlevel providers are offering preventive and restorative care in clinics and dental offices around the state.

When state legislators approved the dental therapist model in 2009, they hoped the addition to the state’s dental workforce would expand access for underserved Medicaid patients. Lack of care for poor patients is a problem in the state, as it is across the country.

Fewer than half of dentists participate in Medicaid nationally. They often complain that they lose money treating patients at the low rates the program pays in many states. Fewer than half of Medicaid children have gotten dental care in recent years, federal data revealed.

Other states have been closely watching Minnesota’s experiment with dental therapists. How are they doing so far?

Stephanie Dickrell, a reporter for the St Cloud Times, decided to find out.

Patients, particularly in rural areas, are waiting shorter times for appointments, according to state research, Dickrell reported in an April story.

Dental therapists take roughly two years to train. They work as part of dentist-headed teams and are licensed to perform a narrow range of procedures, such as drilling teeth and some extractions. Since dental therapists cost about half as much as dentists to employ, these midlevel providers represent an economical alternative for clinics attempting to expand their staffs to meet demand, Dickrell wrote:

“While a dentist might make an average of $75 an hour for a filling, a dental therapist would make half of that for the same work, said Sarah Wovcha, executive director of Children’s Dental Service, a nonprofit clinic that treats low-income, uninsured and diverse kids and pregnant women.

“That’s about $62,400 a year, or the cost of another full-time dental therapist,” wrote Dickrell, who reminded her readers that compared to the more than 3,000 dentists, 3,200 dental hygienists and 4,800 dental assistants working in Minnesota, dental therapists still only represent a small fraction of the state’s dental workforce. Their impact, “so far is small,” she reported.

At the same time, the model remains controversial. Organized dental groups, including the American Dental Association, continue to challenge dental therapists, arguing that only dentists have the training to perform what they term “irreversible surgical procedures” such as drilling and extracting teeth.

In a statement issued earlier this year, the ADA disputed the effectiveness of dental therapists. The organization repeated its view that the nation’s current supply of dentists could meet demand if Medicaid reimbursement rates were raised, and community health workers were employed to guide patients to existing providers.

Meanwhile in Minnesota, the need for care remains urgent. Not long after Dickrell’s report on dental therapists ran, Minnesota received a warning from the Centers for Medicare and Medicaid (CMS) about the low rate at which Medicaid children in the state were getting dental services – and the high rate at which dentists were turning them away.

“Just 37 percent of children on medical assistance in Minnesota got preventive dental care in 2015, and 62 percent of the participants reported having been told that a dentist was not taking new patients covered by the program,” Glenn Howatt reported in a May 1 story in the Minneapolis Star Tribune.

If the state does not find a way to address the problem, it could face a loss of federal funding, Howatt wrote. “Federal officials have raised concerns about the issue before, but this is the first time they have warned that Minnesota could be out of compliance with federal regulations.”

CMS informed state officials that they needed to come with an improvement plan within 90 days.

State dentists said an increase in Medicaid reimbursement rates would help attract more providers to the program. Under current state payment rates, dentists get about 25 percent of their typical fees, Howatt wrote.

“At the bottom of this issue is ultimately appropriate funding for a program that has been woefully underfunded for far too long,” Minnesota Dental Association Executive Director Carmelo Cinqueonce told Howatt.