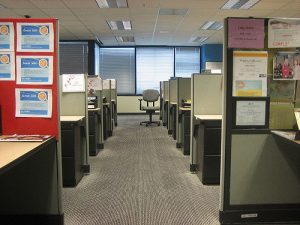 Most of the coverage offered under the Affordable Care Act (ACA) is through the individual market (plans sold in the exchanges) or Medicaid. But as Jay Hancock of Kaiser Health News explains in a new AHCJ tip sheet, that doesn’t mean the employer-sponsored insurance system won’t be touched by any plan to repeal and replace the ACA.

In addition, changes to financing and taxation may cause the same kind of adverse selection – young people fleeing coverage and leaving older, sicker expensive folks in the plan – that has hurt the Obamacare plans for individuals, Hancock writes.

One significant change under discussion would be changing the tax breaks dubbed the employee exclusion. The exclusion is what enables those who get their insurance through a job to avoid paying income taxes on that benefit. Republicans are unlikely to eliminate the tax break entirely, but they have debated capping or limiting it (as the ACA was expected to do indirectly through its so-called “Cadillac tax”).

Taxing health benefits is a tough sell politically. Raising the cost of coverage for workers by taxing it “reduces the chances that employers will offer it and that workers will accept it,” Hancock notes.

Some of the GOP alternatives also propose giving everybody – regardless of employment status – credits to buy coverage wherever they want, be it through their job or outside of it. The challenge is that could give young healthy workers a way to obtain a cheaper alternative to their workplace plan, again leaving older and sticker co-workers in the employment pool where their costs would rise even more.