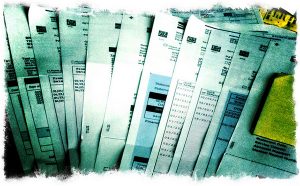 A 2011 lawsuit unsealed last week reveals the inner workings of the nation’s largest health insurer, UnitedHealth Group. In the lawsuit, lawyers for the plaintiff allege that UnitedHealth evaluated certain employees on how well they raised risk adjustment scores.

The lawyers contend the practice was part of a scheme to increase payments from the federal Centers for Medicare & Medicaid Services by submitting false statements about the level of illness among Medicare Advantage patients.

When patients have higher risk scores, insurers can bill CMS more for their care. How health insurers use the risk adjustment process to increase billings has been the subject of detailed reporting by the Center for Public Integrity and others since at least 2012, as AHCJ core topic leader Liz Seegert reported. The Government Accountability Office last year confirmed CPI’s work in a report that showed CMS overpaid health insurers, noting that the insurers could not provide documentation for the diagnoses they used to argue for higher payments.

The plaintiff is whistleblower Benjamin Poehling, who at the time of the lawsuit’s filing was director of finance for a subsidiary of UnitedHealth Group known as UnitedHealth Medicare & Retirement. Whistleblower cases often are sealed while the DOJ considers the merits of the case. The seal was removed after the DOJ joined the case last week. In the lawsuit, Poehling named 15 health insurers as defendants but, for now the DOJ is focusing on UnitedHealth and its WellMed Medical Management subsidiary, which UnitedHealth acquired in 2011. 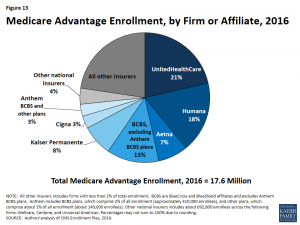 As Christopher Snowbeck explained in a Minneapolis Star Tribune story about the lawsuit, the rules governing risk adjustment are controversial. UnitedHealth, for example, sued CMS last year over an agency change in how to assess the health status of members. UnitedHealth increased risk adjustment scores by submitting forms for diagnoses that health plan members did not have, or claimed that members were treated for more serious conditions than they had, Snowbeck wrote. The lawsuit also alleges that UnitedHealth did not correct claims containing undocumented increases in risk scores.

The lawsuit described how UnitedHealth employees would review patients’ charts looking for signs of a chronic, costly illness, wrote Mary Williams Walsh in a New York Times story. “When they found one, they would request the higher payment without going through the required in-person evaluation,” Walsh wrote. The lawsuit quotes a UnitedHealth executive exhorting employees “to really go after potential risk scoring” and, “let’s turn on the gas” to take on more risk “than what we are currently doing.”

This lawsuit is significant because it may indicate a new level of aggressiveness on the part of the federal government to pursue health insurance fraud. It also is important because it clearly explains the risk-adjustment process in the Medicare Advantage program and how insurers can game the system.

While at CPI, Fred Schulte covered how insurers use the risk-adjustment process to overcharge for Medicare Advantage members. He recently left CPI to become a senior correspondent for Kaiser Health News and reported last month that the federal government failed to recover from private insurers as much as $125 million in overpayments.