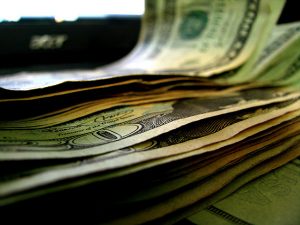 For those of us deluged with analyses and opinions from the left and the right over replacements for the Affordable Care Act – the actuarial cavalry has arrived.

The American Academy of Actuaries has released three papers analyzing long-time conservative ideas about health reform. These alternatives – high-risk pools, selling insurance across state lines, and association health plans (AHPs) – are playing a high-profile role in the debate over ACA “repeal and replace.” (AHPs allow an organization or group to pool together to buy insurance, likely without the current regulatory framework over required benefits and consumer protections.)

Analysis briefs available at actuary.org include:

The briefs note that each of these components in an ACA replacement package can be designed in a variety of ways. Many states had high-risk pools, for instance, before the ACA and they did not all work the same way, serve the same type of people, or cost the same amount. The papers note that there are three main ways of looking at them (in addition to additional variants that may come from the states). Understanding them is of particular importance because they may be used to handle people with pre-existing conditions.

For example, a state might create a traditional high-risk pool in which enrollees are placed into a separately-run insurance pool. That means sicker individuals would not be in the same health plans as the rest of the state’s privately insured population. The rationale is that this segregation would keep premiums lower for the general population, with the risk of making costs much high for those in the high-risk pool. Dozens of decisions – about co-pays, carve-outs, waiting periods, benefit limits – would be necessary and likely vary from state to state. (By the way, this was the most common state model before the ACA.)

Alternatively, a state could create a high-risk pool reimbursement program. Enrollees would stay in the private individual market, but insurers would be reimbursed for part of the claims that run higher than a specified level. Specific design decisions would shape the impact on premiums. High-cost people would be in the same market as healthier, less costly people, and treated in a similar way.

Another alternative could have the state creating a so-called “condition-based high-risk pool reimbursement” program. People would stay in the private individual market, but the insurance plan would be reimbursed for a set of high-cost conditions. Alaska already is doing a variation of this in its individual market under an ACA waiver.

The other two briefs offer similar overviews. They aren’t too technical – all of us can understand them. In your news coverage, it will be helpful to understand precisely what any emerging legislation calls for – and how public officials and insurers in your area understand the features. Chances are not everyone will be speaking the same language.