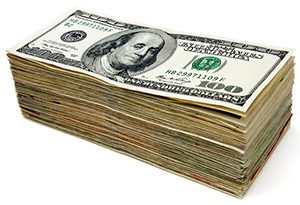 Bad debt? Or charity care? Sean Hamill of the Pittsburgh Post-Gazette recently wrote an interesting story about how hospitals increasingly are re-categorizing the health care bills of low-income patients in a fashion that may be helping the hospital more than the patient.

Some angles in this story are especially timely as the 2017 Affordable Care Act enrollment season is about to begin.

The trend Hamill explores began before the ACA but has increased significantly since the law was enacted, leading to new charity care regulations. Greater awareness of the practice comes as some hospitals face litigation over whether they offer enough free care to justify their nonprofit tax status.

Typically called by the arcane name of “presumptive eligibility,” this new way of identifying people eligible for charity care uses credit-score-like technology — plus the addition of demographic and even social media data — to evaluate whether people qualify for free care at a hospital, instead of having their bills labeled “bad debt” and possibly sent to a collection agency.”

Hamill, who examined data from the Pennsylvania Health Care Cost Containment Council, found that the practice has become so common in Pennsylvania that it is one reason charity care in the state has nearly doubled in eight years.

Patient advocates worry that some hospitals do not always tell patients that they can get charity care. That adds to the patient’s anxiety over the bill and may influence whether they scrimp on follow-up care. Hospitals say presumptive eligibility screening helps them assist patients who may be embarrassed to ask for help. It also helps people who may not realize they can qualify for help, have a language barrier, or incorrectly believe that obtaining financial assistance at the hospital could lead to loss of other public benefits. (Presumptive eligibility can have another meaning – getting people into Medicaid, which Pennsylvania has expanded. More on that below.)

Hospitals say this financial screening makes it easier for them to target people who can afford to pay their bills but not go after those who cannot. Consultants such as the Advisory Board, Experian, and PARO Decision Support offer presumptive eligibility tools to hospitals. Miami-based PARO, the industry leader, said it had sold its presumptive eligibility tool to 350 hospitals nationally.

Not everyone is a fan.

“There really shouldn’t be a secret financial assistance policy for some patients,” Julie Trocchio, a charity care expert who is senior director of community benefit at the Catholic Health Association, told Hamill.

Hamill found that the number of hospitals using presumptive eligibility is expected to grow dramatically, partly because of an ACA regulation issued by the IRS, known as “501r.” Hospitals beginning this year must “make reasonable efforts to determine whether an individual is eligible for assistance under the hospital’s financial assistance policy before engaging in extraordinary collections against the individual.” That means assistance has to come before taking such steps as sending the bill to a collection agency, filing a lawsuit or putting a lien on the patient’s home.

This does not necessarily mean hospitals are providing more charity or free care, just how it is classified. What used to be “bad debt” can now be called “charity care.”

“It is a safety net to ensure that patients are screened before any collection actions and as a way to help AHN comply with the new [IRS 501r] rules,” Allegheny Health Network’s Dan Laurent told Hamill.

However, the “presumptive eligibility” screening is not widely known, partly because not all the hospitals tell patients about their eligibility for charity care. A patient may stop getting bills but not quite understand why – or know that they can obtain more care if needed without worrying about the cost. Some experts contend that hospitals that don’t inform patients about their status are falling afoul of the very same IRS regulation that prompted them to screen in the first place.

“If they are not telling them, it certainly doesn’t seem that they are following the letter or the spirit of what the ACA [and 501r] requires,” said Gayle Nelson, senior policy analyst at The Hilltop Institute in Baltimore, which has a program that evaluates each state’s charity care policies

Perversely, that could be hurting the hospital as well as the patient. Heather Klusaritz, of Penn’s Center for Public Health Initiatives, said the ACA also encourages hospitals to reduce unnecessary readmissions – or face financial repercussions. Patients who do not receive appropriate follow-up care are more likely to bounce back into the hospital for a costlier reason.

“What rubs me the wrong way about this is that it is not in the true nature of how we conceptualize charity care,” Klusaritz said in the article. “The goal of charity care is providing the comprehensive care that a patient needs, not just a single point-in-time encounter.”

Hospital officials told Hamill they believed they were following the rules and were not obligated to notify patients. (His story has a lot more detail about specific hospitals’ practices.)

Both state and federal officials told the newspaper that they were not aware of how presumptive eligibility often was being used. CMS said that it “does not dictate a provider’s charity care policy, but whatever that policy is, it should be applied universally to all patients.”

Medicaid gives these patients ongoing health coverage – not just free care for one visit or stay at a particular hospital. It also brings the state more Medicaid matching funds. Hamill’s article provides some terrific details about the business, regulatory and legal climate on this. It is worth looking at whether hospitals in your community are doing this screening – but look into the Medicaid aspect, both at the state level and as an option for local hospitals. With the 2017 ACA enrollment season about to start, look into what hospitals are doing to connect eligible patients to ACA coverage, particularly those whose income suggests they may be able to get financial assistance.