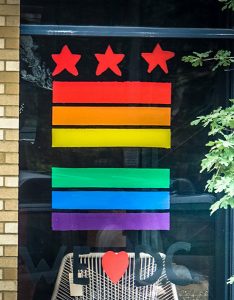 For the past several decades, HIV and AIDS have dominated discussions and reporting about LGBT health. While HIV/AIDS continues to be relevant to this population, thorough coverage of health for lesbian, gay, bisexual and transgender individuals must be much more comprehensive in examining other challenges they face.

Several takeaways from the Health Journalism 2016 session, “Beyond HIV/AIDS: Reporting on the LGBT Community,” can help reporters go beyond those issues to discover new stories and important trends. Two major themes emerged from the session that offer fertile ground for deeper reporting.

First, inequality in health insurance coverage is still a major problem for LGBT individuals, although four provisions in the Affordable Care Act aim to ameliorate that.

Second, as those with HIV are living longer, more of them are experiencing other age-related health conditions, and their needs are expanding well beyond HIV-related care. These two areas converge in the realm of social determinants, which play a role in the quantity and quality of health care that the LGBT populations do or don’t receive.

The panel was moderated by Andrew M. Seaman, a senior medical journalist with Reuters Health. The speakers were Kellan E. Baker, a senior fellow with the LGBT Research and Communications Project at the Center for American Progress; James Hekman, M.D., a clinical assistant professor at Case Western Reserve University’s Lerner College of Medicine; and Henry Ng, M.D., director of the MetroHealth System’s PRIDE Clinic and an assistant professor of medicine and pediatrics at Case Western Reserve University School of Medicine.

Here are some key points from the panelists that serve as jumping off places for local, national or trend stories:

Here is a Storify of the session: