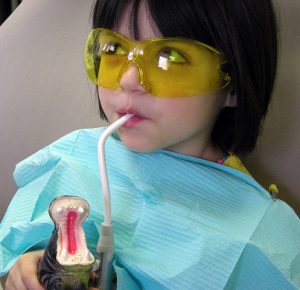 In spite of progress getting better dental care to more children in recent years, it is estimated that more than one-third of Americans still face challenges in getting the oral health services they need.

Lack of money or insurance to pay for care, a shortage of providers in many communities, and challenges with mobility and transportation continue to pose formidable barriers, according to a recent brief from the Pew Charitable Trusts.

“As state policymakers around the country seek to better understand and take action to solve this crisis, five major issues will drive or hinder the success of those efforts,” said Jane Koppelman, Pew’s research director for children’s dental policy and Andrew Peters, who oversees state dental sealant programs for the nonprofit.

For Pew – which has advocated wider use of midlevel dental providers to help fill gaps in parts of the country  state initiatives aimed at expanding the use of technically-trained dental auxiliaries topped the list of issues to watch in 2016, according to the report.

Last year, CODA finished training standards for midlevel providers known as dental therapists. “CODA has indicated that the first dental programs may be able to apply for accreditation as early as spring 2016,” they wrote.

State efforts to expand school sealant programs and get more care to working-age adults and seniors also are important to watch in the coming year, the report said.

In December, the American Dental Association Health Policy Institute released its own status report on America’s dental disparities and approaches to address them.

The state-by-state analysis by the organization, which represents America’s dentists, concluded that a longstanding gap in dental visits had narrowed between Medicaid and privately insured children in recent years but that privately insured adults remain far more likely to get care than those with Medicaid benefits.

Like Pew, the ADA called for renewed efforts to expand care to underserved children and adults.

But the dental organization, which is firmly opposed to dental therapists, placed its emphasis on paying dentists better for treating poor children and expanding benefits to more adults through health insurance marketplaces and Medicaid.

According to the ADA, states such as Connecticut, Maryland and Texas, which have shown progress in getting care to poor children, should serve as models for reform. The report credited initiatives long advocated by organized dentistry, including raising Medicaid reimbursement rates and streamlining Medicaid paperwork, as largely being the success seen in those states.

In terms of getting better care for adults, the ADA study called on policymakers to “rethink” how dental care is handled on the state and federal level.

“Implementing a comprehensive dental benefit for Medicaid adults in states that currently lack one is estimated to cost $1.4 billion to $1.6 billion per year,” the ADA report concluded. “Health care policy in the United States clearly emphasizes oral health for children,” the authors wrote. “It might be time to reconnect the mouth and body for adults.”

Do you know what is going on in your state in terms of expanding access to dental care? If you don’t maybe this is a good time to find out.

Check out this tipsheet that includes resources to help your reporting.