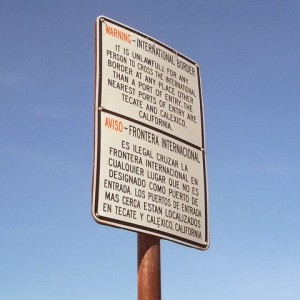 Here’s a story worth looking at in the states, particularly in the midst of a pretty heated campaign season: health care for those living in the United States without legal permission.

The Affordable Care Act, as you may remember, did not cover people living in the country illegally (though some conservatives insist otherwise). In fact, they can’t even buy a plan in the ACA exchanges with their own money – with no subsidy. (They can purchase insurance outside the ACA with their own money, and some who are employed do get covered through jobs, although there is some disagreement over how many.)

State and local officials are struggling with how to meet the health care and prescription drug needs of those immigrants without the proper papers, Eric Pianin of the Fiscal Times writes.  Some have concluded “that it would be cheaper in the long run to provide the necessary medical and preventative health care services through community clinics than for the government to pay far more to reimburse hospitals for emergency room care for seriously ill illegal immigrants.”

But given the anti-immigrant feelings being fanned this year, particularly by Donald Trump, there’s a backlash. Louise Radnofsky of the Wall Street Journal (subscription required) wrote about how local governments are spending hundreds of millions of dollars to provide free health care for this population, including vaccinations, surgery, prescription drugs.

“Immigrant advocates see this as a fiscally sensible and humane approach to addressing the problem of uninsured immigrants,” Pianin writes, adding that the number of immigrants treated by county each year varies widely. It can be as many as 135,000 in Los Angeles County, 115,000 in Dallas County, Texas, 103,000 in the Boston area and 71,000 in Queens County, New York. Or as few as 54,000 in Santa Barbara, California., and 25,000 in Montgomery County, Maryland (near Washington D.C.).

Here are some questions to explore: